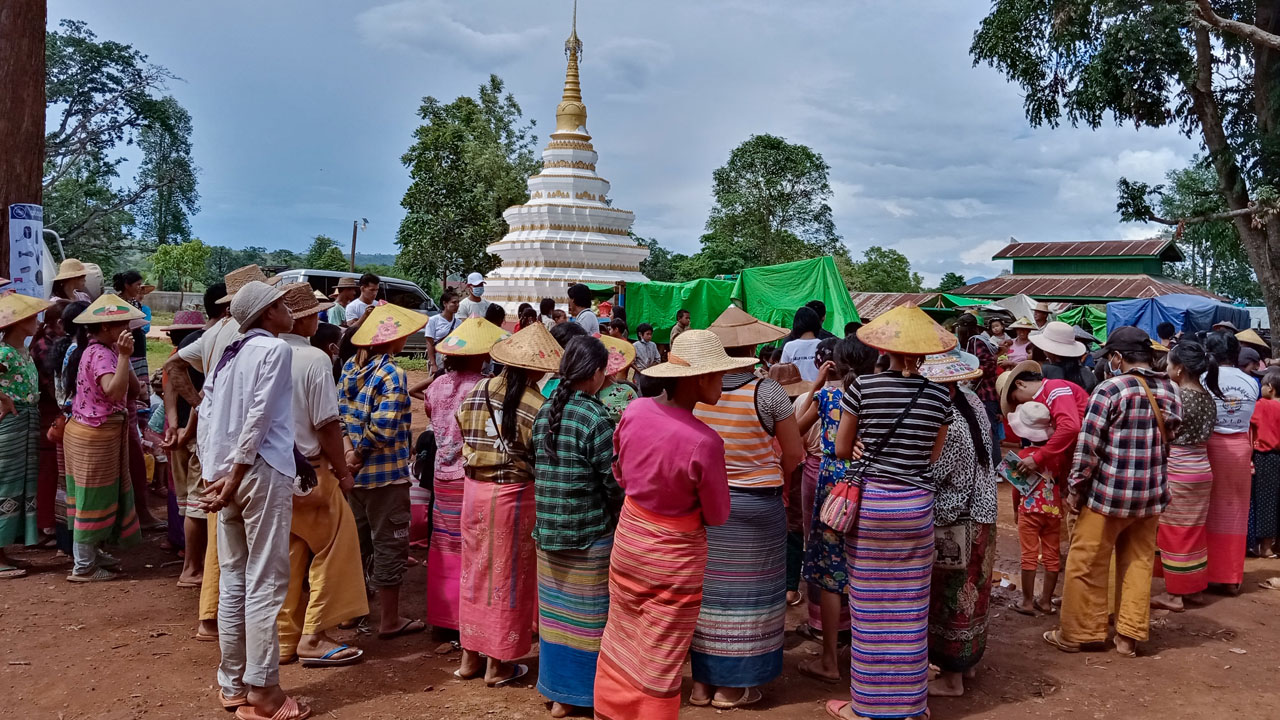 In this photo taken on May 25, 2021 people displaced from recent fighting between government troops and ethnic rebels in their area, wait for food distribution from a volunteer group while taking refuge at a monastery in Namlan town, in Myanmar’s eastern Shan state. (Photo by MNWN / AFP)

An estimated 100,000 people have been displaced by new fighting between Myanmar’s military and rebel groups in the east of the coup-stricken country, the UN said Tuesday.

Myanmar has been in chaos and its economy paralysed since the generals ousted Aung San Suu Kyi’s government in February, accusing it of fraud during 2020 elections.

Fighting has flared in several communities — especially in townships that have seen a high death toll at the hands of police — and some locals have formed “defence forces”.

Recent clashes and “indiscriminate attacks by security forces against civilian areas” had forced an estimated 100,000 to flee their homes in eastern Kayah state near the Thai…