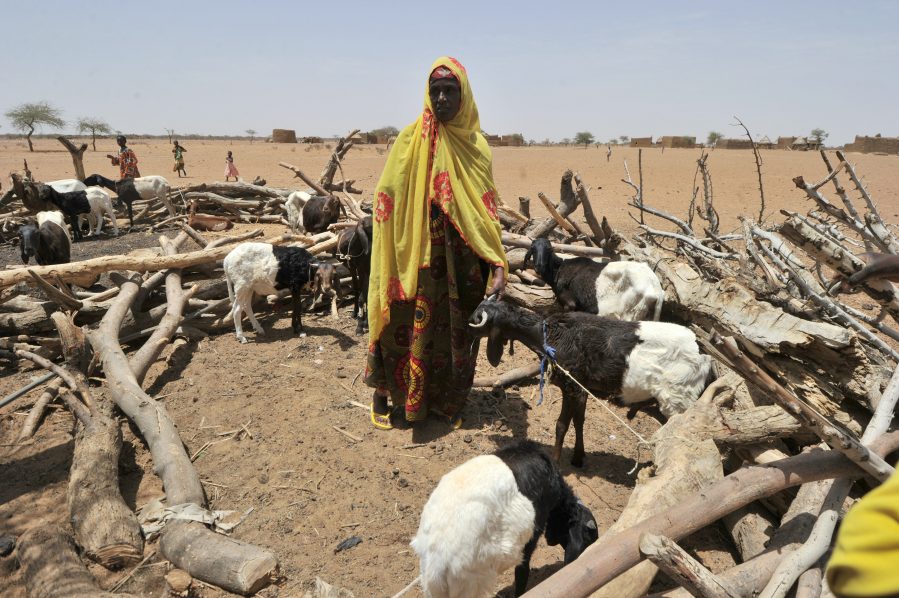 A woman pose for photograph in the city of Gorom-Gorom in Burkina Faso’s northern region near the Niger border on June 13, 2012. (Photo by Issouf SANOGO / AFP)

Burkina Faso said Tuesday that more than 7,000 people had fled the country’s volatile north following the bloodiest massacre in a six-year-old jihadist insurgency.

“Steps have already been taken to give (displaced people) a minimum level of comfort, lodgings and food,” Prime Minister Christophe Dabire said, promising on a visit to the area that the attack “will not go unpunished”.

While Dabire initially said that “more than 7,000 families have moved to Sebba”, the capital of Yagha province around 15 kilometres (10 miles) from the scene of the attack in Solhan village, his advisers later told AFP that the actual figure was 7,600 people.

In Geneva, UNHCR spokesman Babar Baloch said that more than 3,300 people had fled, including more than 2,000 children and over 500 women, after gunmen stormed into Solhan on…