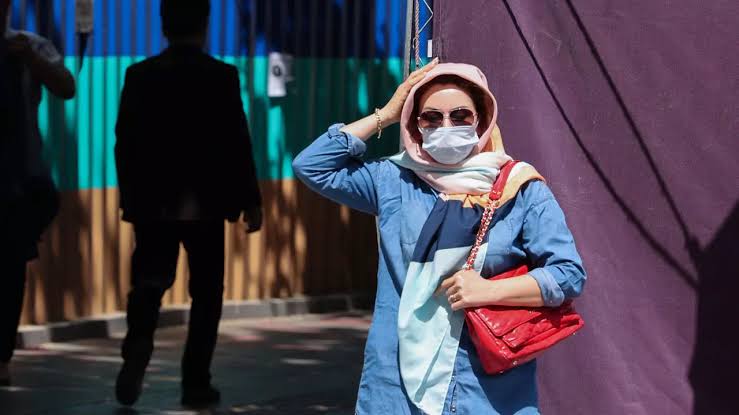 An Iranian woman wearing a protective mask adjusts her head scarf as she walks on a street in Tehran on April 12, 2021 ATTA KENARE AFP/File

Iran’s confirmed Covid-19 cases surpassed the three million mark on Thursday, the health ministry said, while daily cases and deaths continued a downward trend ahead of a presidential poll.

The Islamic republic, battling the Middle East’s deadliest coronavirus outbreak, is preparing to hold its presidential election on June 18.

The country has been struggling since late March to contain its “fourth wave” of Covid-19 blamed on a surge in trips made during Persian New Year Holidays.

Tehran has pinned hopes on vaccinations to help combat the health crisis, but the rollout of its innoculation campaign started in early February has progressed more slowly that authorities had wanted.

In the past 24 hours, the country officially recorded 12,398 new cases of infection, the health ministry announced.