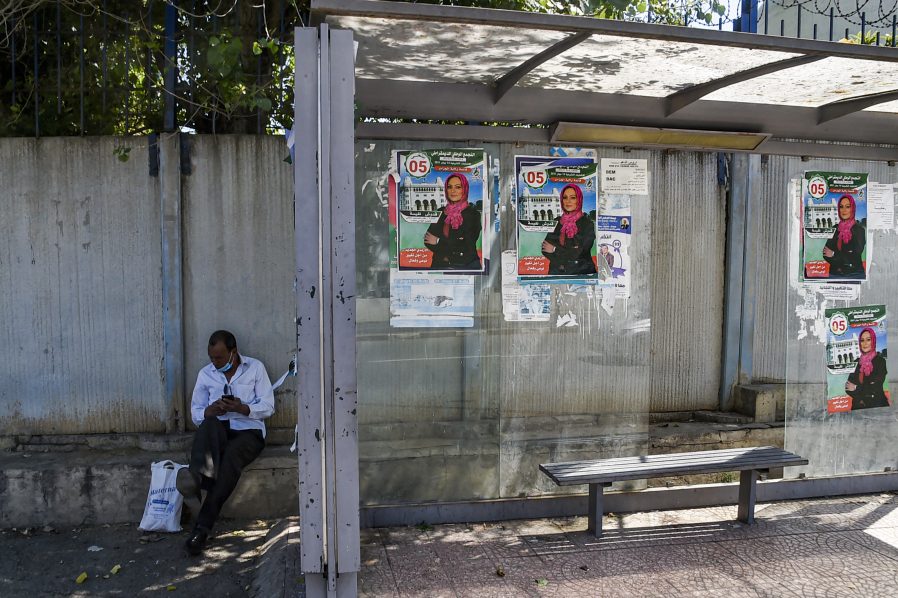 A man sits along a fence by a bus stop with electoral posters showing a candidate of the Democratic National Rally (RND) in Algeria’s capital Algiers on June 11, 2021. (Photo by RYAD KRAMDI / AFP)

Algerian police deployed heavily in the capital Friday ahead of parliamentary elections to block protesters disrupting the polls, as activists criticised a “climate of repression” amid arrests of opposition figures.

Large numbers of police officers patrolled the streets of Algiers, blocking roads to preempt any attempt by supporters of the long-running Hirak pro-democracy movement to gather, AFP correspondents reported.

Saturday’s poll comes as authorities seek to bolster their legitimacy and take the wind out of the sails of the Hirak, which returned to the streets in February following an almost year-long break due to the coronavirus pandemic.

The Algerian League for the Defence of Human Rights said seven leading protest movement figures had been arrested on Thursday evening,…