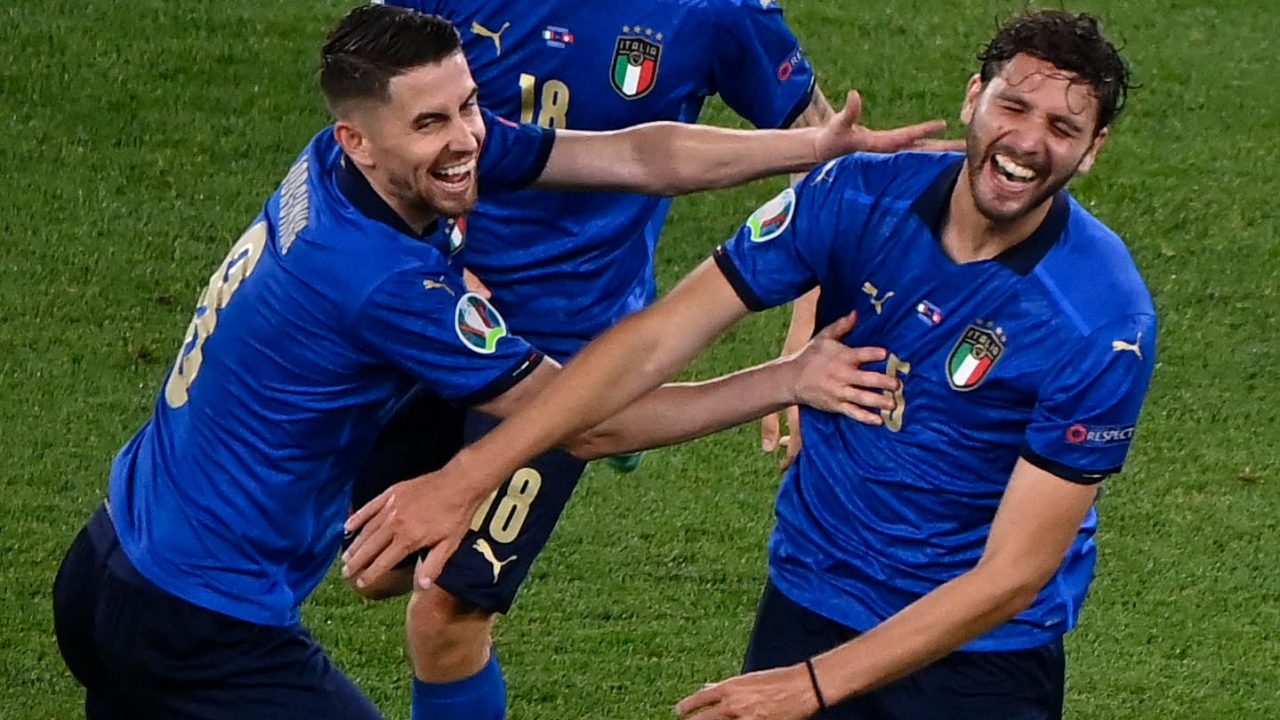 Italy’s midfielder Manuel Locatelli (R) celebrates with Italy’s midfielder Jorginho after he scored the team’s second goal during the UEFA EURO 2020 Group A football match between Italy and Switzerland at the Olympic Stadium in Rome on June 16, 2021. (Photo by Riccardo Antimiani / POOL / AFP)

Italy became the first team to reach the knockout stage of Euro 2020 as midfielder Manuel Locatelli scored twice in a 3-0 win over Switzerland in Rome on Wednesday, while Wales moved to the brink of joining them by beating Turkey.

The Azzurri, now unbeaten in 29 matches and having won their last 10 games without conceding a goal, sit first in Group A and are guaranteed a top-two finish and last-16 berth.

“We played well, we wanted to win at all costs,” Italy coach Roberto Mancini told RAI.

“They started well, it was not easy to win a second game in five days.”

Mancini’s men, looking to win Italy a second European title after their sole success in 1968, host Wales in their final…