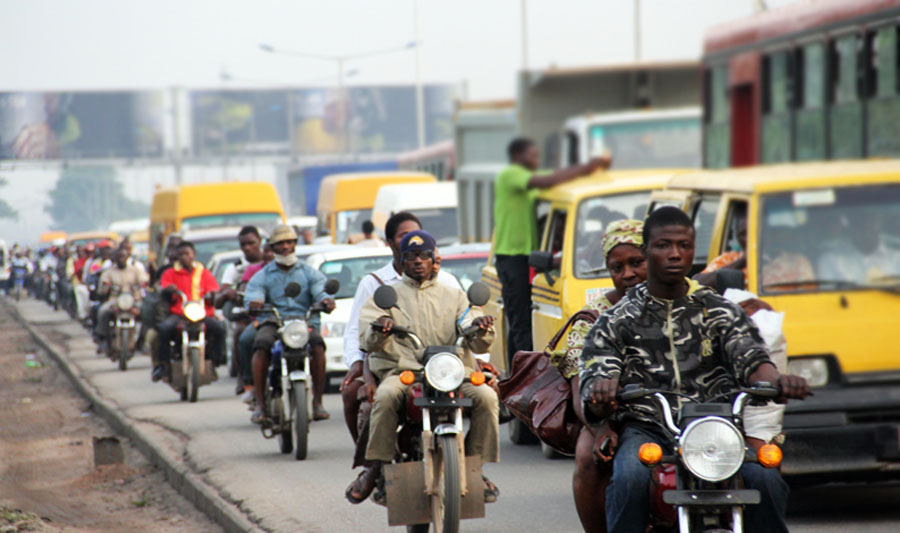 Two persons were crushed to death by a truck on Friday evening along Dangote- Ibeshe road in Yewa North Local Government area of Ogun.

Mr Babatunde Akinbiyi, the Spokesman, Traffic Compliance and Enforcement Corps (TRACE), confirmed the incident to the News Agency of Nigeria (NAN) in Abeokuta on Saturday.

Akinbiyi, quoting eyewitnesses, said the truck driver drove recklessly, left his lane and faced the motorcycle, thereby crushing both the rider and his passenger to death.

He said “An angry mob later set the
Dangote truck on fire while the driver ran away.

“The case is being handled by the Dangote plant police post,” he said.

He noted that it took the intervention of the police and officers of the Nigeria Security and Civil Defence Corps (NSCDC) to calm frayed nerves and the situation.

The TRACE spokesman added that one of the deceased had been deposited at Ilaro General Hospital morgue, while the other victim has been buried by the family members.