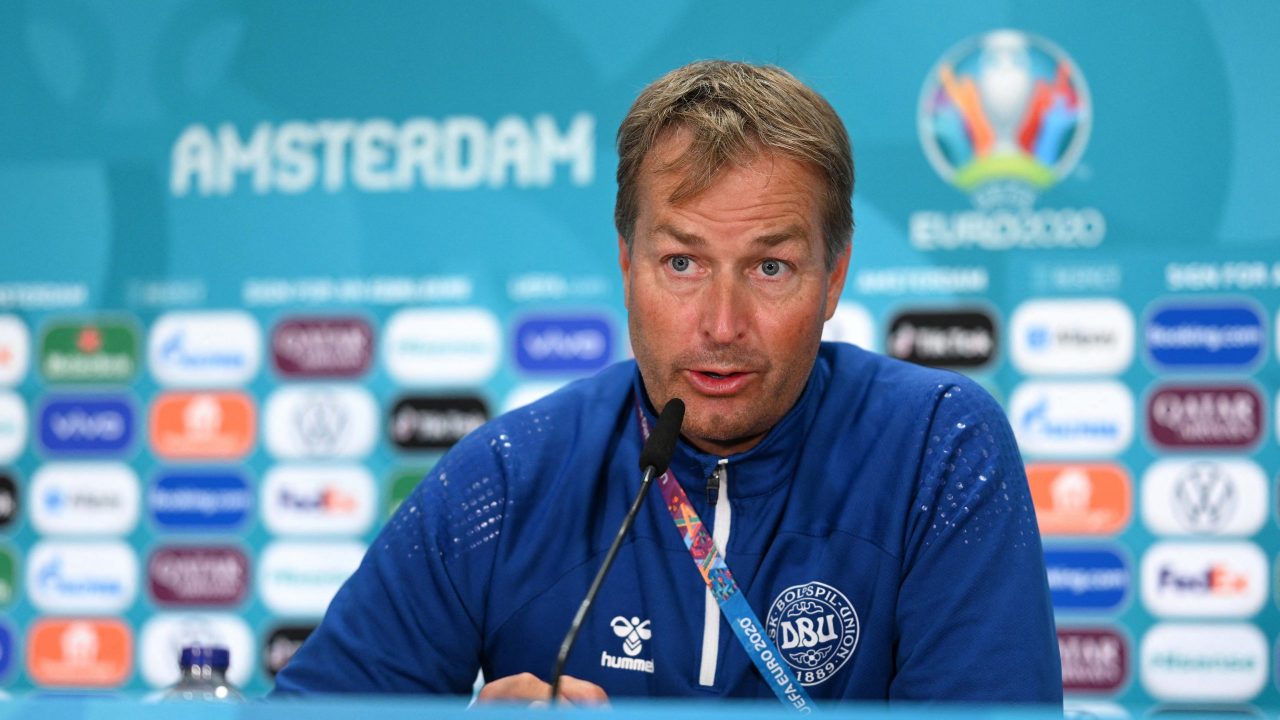 This handout photo taken and released by UEFA on June 25, 2021, shows Denmark’s coach Kasper Hjulmandgiving an MD-1 official press conference at the Johan Cruyff Arena in Amsterdam on June 25, 2021, on the eve of their UEFA EURO 2020 round of 16 football match against Wales. (Photo by – / UEFA / AFP)

Denmark coach Kasper Hjulmand said Friday he hoped the strong links between Ajax and Danish football would give his team an extra advantage against Wales in their Euro 2020 last 16 tie in Amsterdam.

The Danes managed to qualify for the knockout phase, overcoming the trauma of Christian Eriksen’s cardiac arrest during their opening game against Finland to develop into the tournament’s feel-good story.

“We’re here at the Johan Cruyff Arena and if there’s a club that means something for Danish football and has meant something for Denmark, it’s Ajax,” Hjulmand said ahead of Saturday’s game.