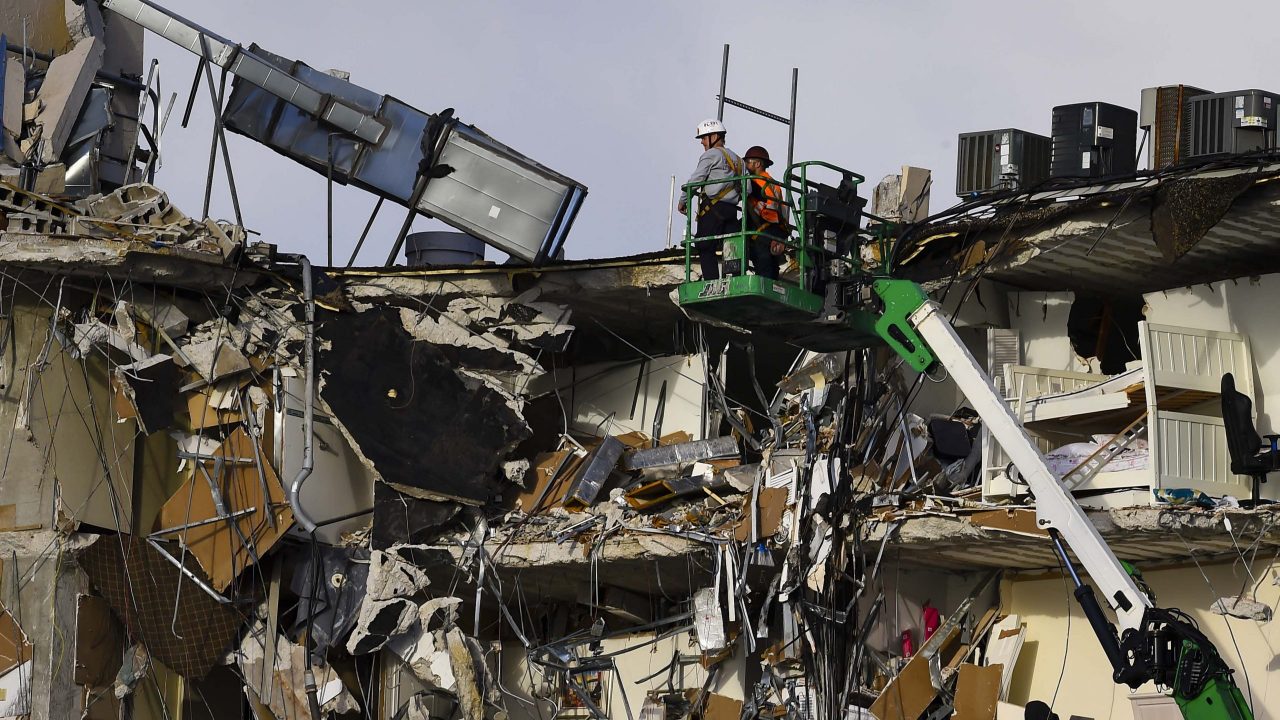 Rescue workers on a crane inspect the wreckage of a partially collapsed building in Surfside north of Miami Beach, Florida on June 25, 2021. – Four people are now known to have died in the collapse of an oceanfront apartment building near Miami Beach, officials said Friday, while the number of unaccounted for has risen to 159 — fueling fears of a much higher death toll. (Photo by Eva Marie UZCATEGUI / AFP)

Four people were confirmed dead and 159 unaccounted for Friday following the collapse of an oceanfront apartment building near Miami Beach, as rescue teams scoured a mountain of rubble in a desperate search for survivors.

As shock set in among the local community in Surfside, the state’s governor called for full light to be shed without delay on the causes of the freak disaster — which reduced one wing of a 12-story tower to a gigantic pile of debris.