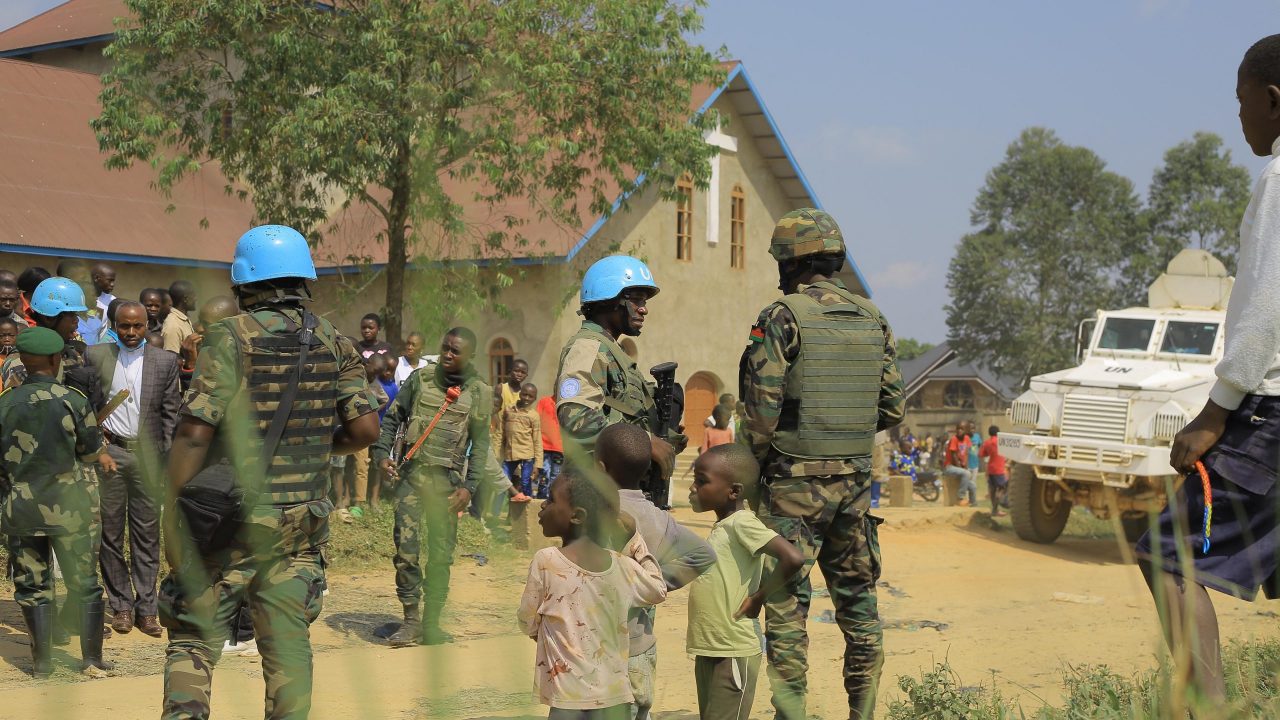 Malawian peacekeepers of The United Nations Organization Stabilization Mission in the Democratic Republic of the Congo (MONUSCO) stand guard outside the Emmanuel Butsili Catholic church in Beni, on June 27, 2021, after a makeshift bomb exploded, injuring two just an hour before a children’s Confirmation ceremony was due to be held. (Photo by SÈbastien KITSA MUSAYI / AFP)

A makeshift bomb exploded inside a Catholic church in the city of Beni in DR Congo’s conflict-plagued east on Sunday, injuring two women just an hour before a children’s confirmation ceremony was due to be held.

The attack marks the first time a Catholic building has been targeted in the region, which has declared a “state of siege” due to rising violence from the Allied Democratic Forces (ADF) militia that is accused of killing thousands.

The head of police in Beni’s town hall Narcisse Muteba Kashale told AFP that the explosion occurred at 6:00 am (0400 GMT), and that the homemade bomb was “set up…