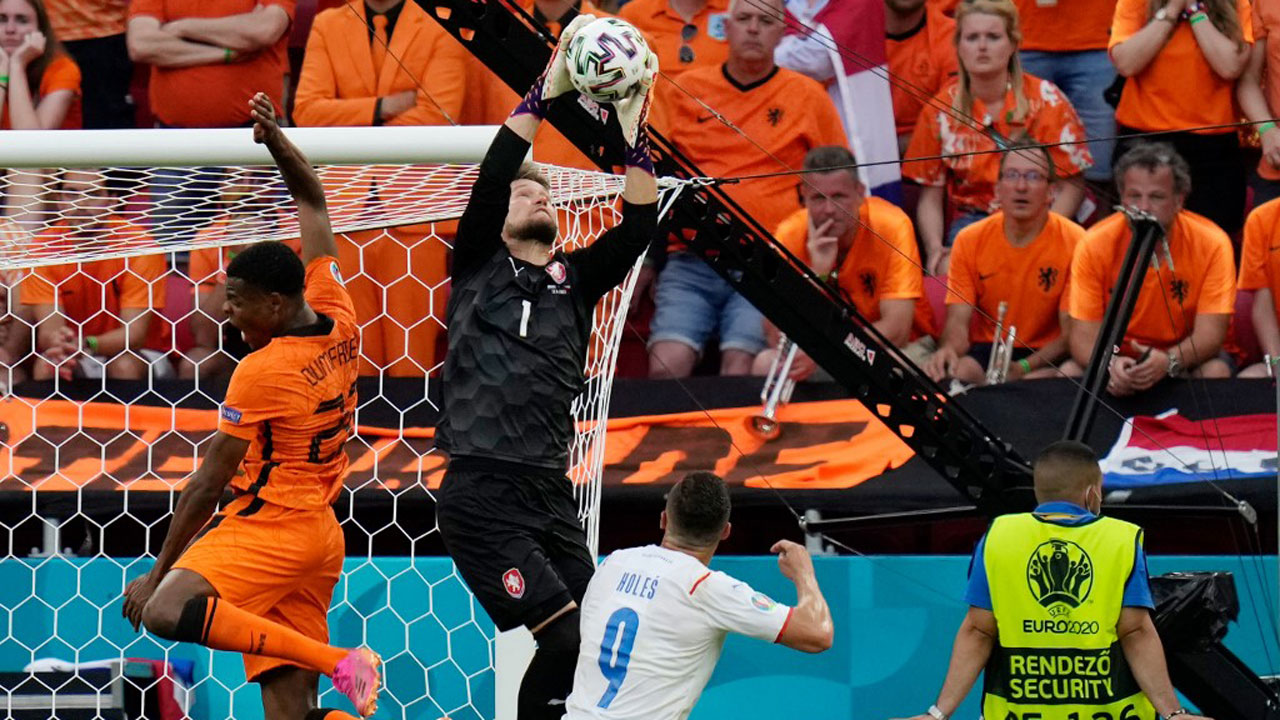 Czech Republic’s goalkeeper Tomas Vaclik (C) stops a shot on goal by Netherlands’ defender Denzel Dumfries next to Czech Republic’s midfielder Tomas Holes (R) during the UEFA EURO 2020 round of 16 football match between the Netherlands and the Czech Republic at Puskas Arena in Budapest on June 27, 2021. Darko Bandic / POOL / AFP

The Czech Republic reached the Euro 2020 quarter-finals Sunday after shocking 10-man Netherlands 2-0 in their last-16 tie in Budapest thanks to second-half strikes by Tomas Holes and Patrik Schick.

A header by Holes and clinical finish by Schick came after Matthijs de Ligt was sent off in the 55th minute, securing the efficient Czechs a deserved berth in the last eight against Denmark in Baku on July 3.

Having emerged as Group C winners with a 100 percent record after playing all three of their games in Amsterdam, Frank de Boer’s fancied Netherlands were on the road for the first time in the tournament.

Roared on by boisterous ranks of orange-clad…

Another presidential hopeful arrested in Nicaragua | The Guardian Nigeria News

Lover’s Deep: The Most Expensive Hotel In The World

Bring On The Drama In Ankara