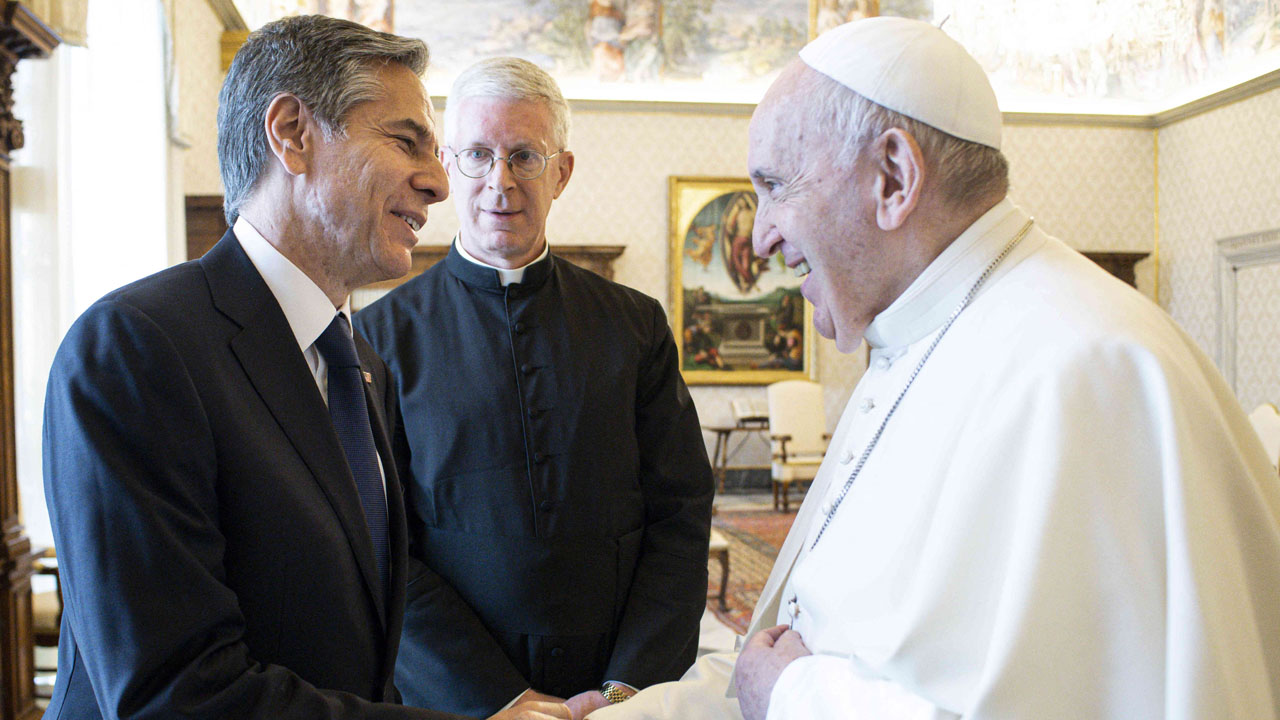 This handout picture taken and released by the Vatican Media on June 28, 2021 shows Pope Francis (R) meeting with US Secretary of State Antony Blinken (L) at the Vatican, as part of a three-nation tour of Europe. – In his three days in Italy, Blinken is to see Pope Francis, the pontiff’s first meeting with a high-ranking Biden administration official and also to take part in meetings of the Group of 20 major economies. (Photo by – / VATICAN MEDIA / AFP) /

Pope Francis on Monday met US Secretary of State Antony Blinken in the pontiff’s first face-to-face interaction with the new administration of President Joe Biden, who has been challenged by US bishops.

Blinken, on a tour of Europe, had a private audience with the Argentine pope after meeting with senior Vatican officials including Archbishop Paul Gallagher, who handles foreign relations.

Wearing a dark suit, Blinken was escorted through the Sistine Chapel as a guide gave him a description of each fresco, which he stopped…