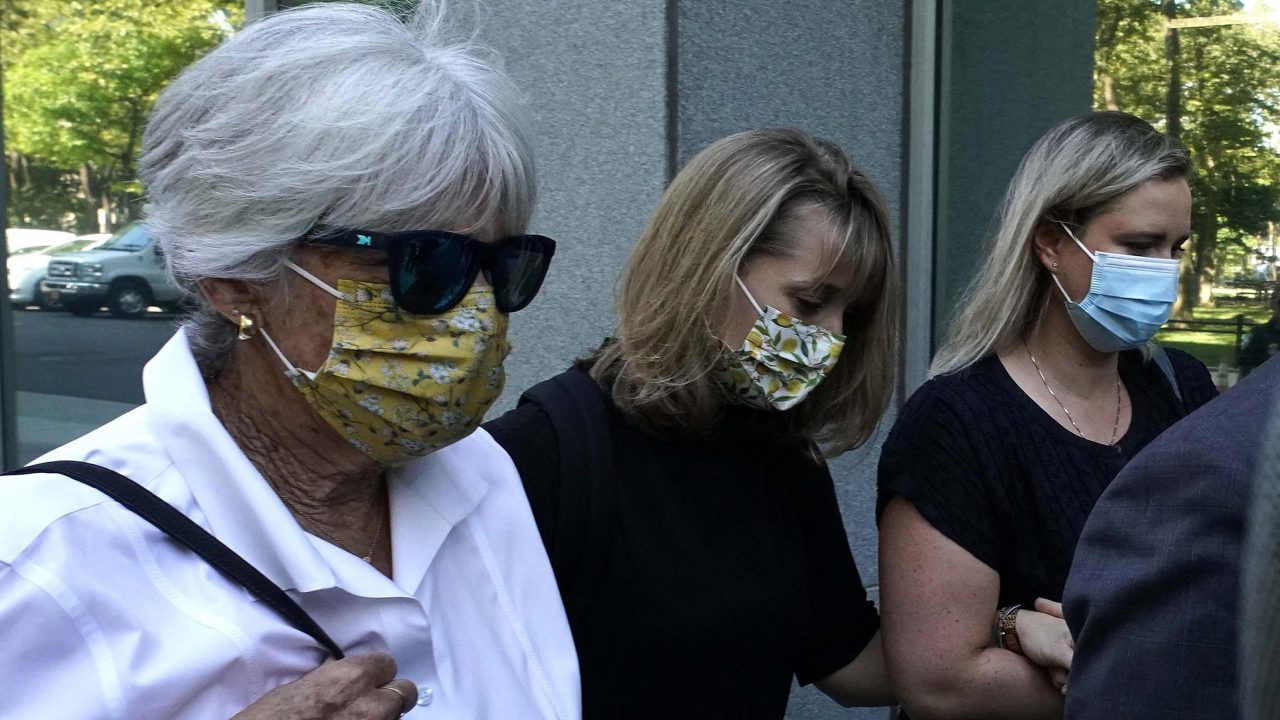 German -born American TV actress Allison Mack(C) arrives at Brooklyn Federal Court on June 30, 2021 in New York, to be sentenced for her role in the alleged sex cult NXIVM. – Along with Clare Bronfman, heiress of the Seagrams liquor empire, Mack and other defendants were arrested last year and accused of having helped operate a criminal enterprise for self-help guru Keith Raniere, who was charged with sex trafficking. Mack pleaded guilty to charges she manipulated women into becoming sex slaves for the groupís spiritual leader. (Photo by TIMOTHY A. CLARY / AFP)

“Smallville” actress Allison Mack was sentenced to three years in jail Wednesday for her role in recruiting women to be sex slaves in Keith Raniere’s controversial NXIVM cult.

Mack, 38, received a reduced sentence after pleading guilty to racketeering charges in April 2019 and cooperating with prosecutors.