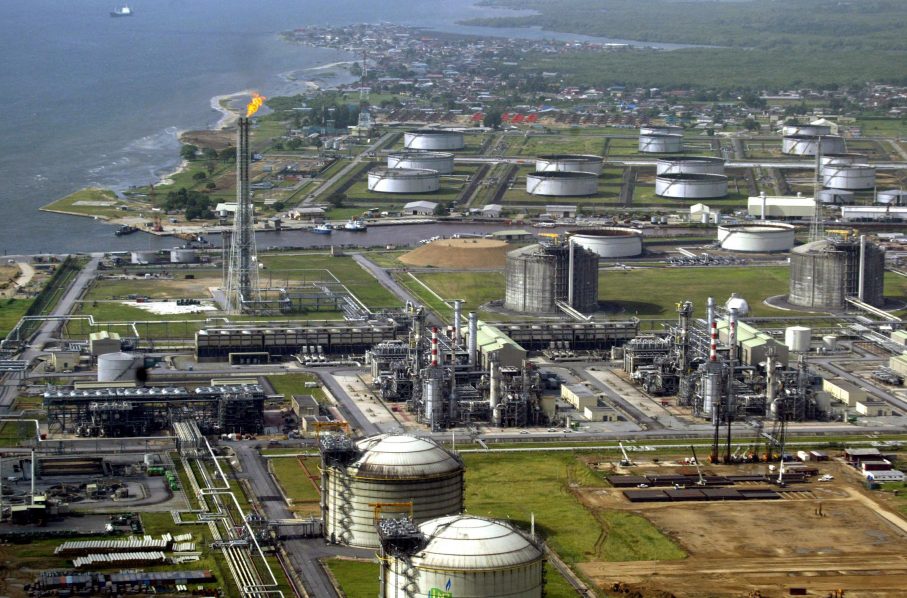 (FILES) This file photo taken on May 18, 2005 (FILES) shows Shell Oil’s oil and gas terminal on Bonny Island in southern Nigeria’s Niger Delta. – Nigeria’s parliament on July 1, 2021 voted to approve a long-delayed oil and gas law that aims to attract new foreign investment to the OPEC country’s petroleum industry.<br />The Petroleum Industry Bill or PIB had been under review in the National Assembly for nearly two decades, beset by disagreements, including over how much revenue should go to local communities in oil-producing regions. (Photo by Pius Utomi EKPEI / AFP)

Host communities will receive half a billion dollars annually, as funding from the three per cent approved for Host Communities Trust Fund in the Petroleum Industry Bill (PIB), the Senate has said.

Chairman, Senate Committee on Petroleum Downstream, Sen. Mohammed Sabo said this when he briefed newsmen on Thursday shortly after the senate passed the PIB.