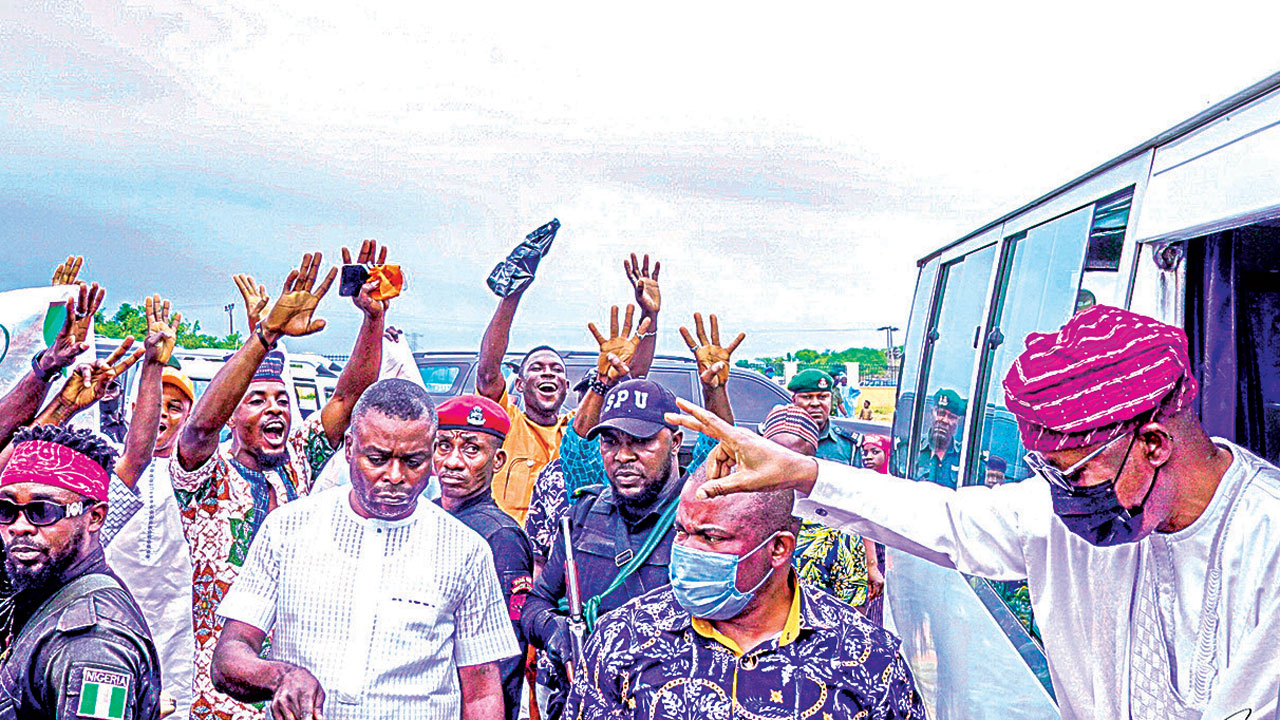 Lagos State Deputy Governor, Dr. Kadri Obafemi Hamzat, has urged Nigerians to embrace peace with one another as the nation’s economy can only thrive in a peaceful and tranquil environment.

The deputy governor, who spoke during the Eid-el-Kabir prayers held at the Dodan Barracks Praying-ground in Obalende, Lagos, opined that peace is a pre-condition for stability and economic development in any society.

According to Hamzat, for the nation’s economy to grow, there must be peace in the country, stating that insurgency brings about war, poverty and under-development.

He further appealed to Nigerians to abide with the principles of fairness and care for one another, stressing that if all these are done, there will be peace in the country and insurgency will…