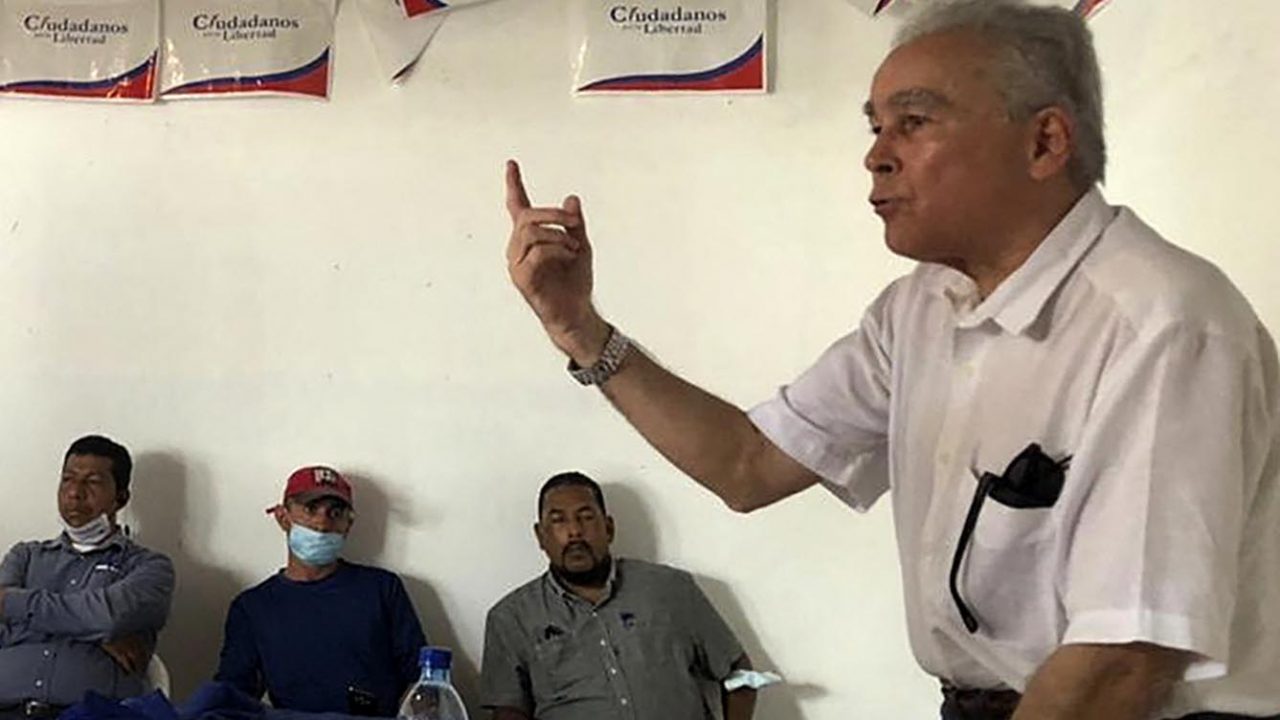 Undated handout photo released on July 24, 2021 by the Ciudadanos por la Libertad (CXL) party of its presidential candidate Noel Vidaurre (R) in Managua. – Vidaurre was sent to home arrest on July 24, 2021, the police informed, uplifting to 28 the opponents to the government of Nicaraguan President Daniel Ortega who were arrested. (Photo by – / Ciudadanos por la Libertad / AFP)

Another presidential candidate was arrested in Nicaragua on Saturday, police said the seventh detained by Daniel Ortega’s government in the lead-up to elections on November 7.

Noel Vidaurre was put under house arrest, accused of “undermining the sovereignty” of the country, in the latest of a series of arrests condemned by the United States and European Union.

Long-term Nicaraguan leader Ortega is expected to seek a fourth consecutive presidential term in the elections.

Ortega, 75, will be the ruling Sandinista National Liberation Front’s candidate for the presidential vote, Gustavo Porras, the…