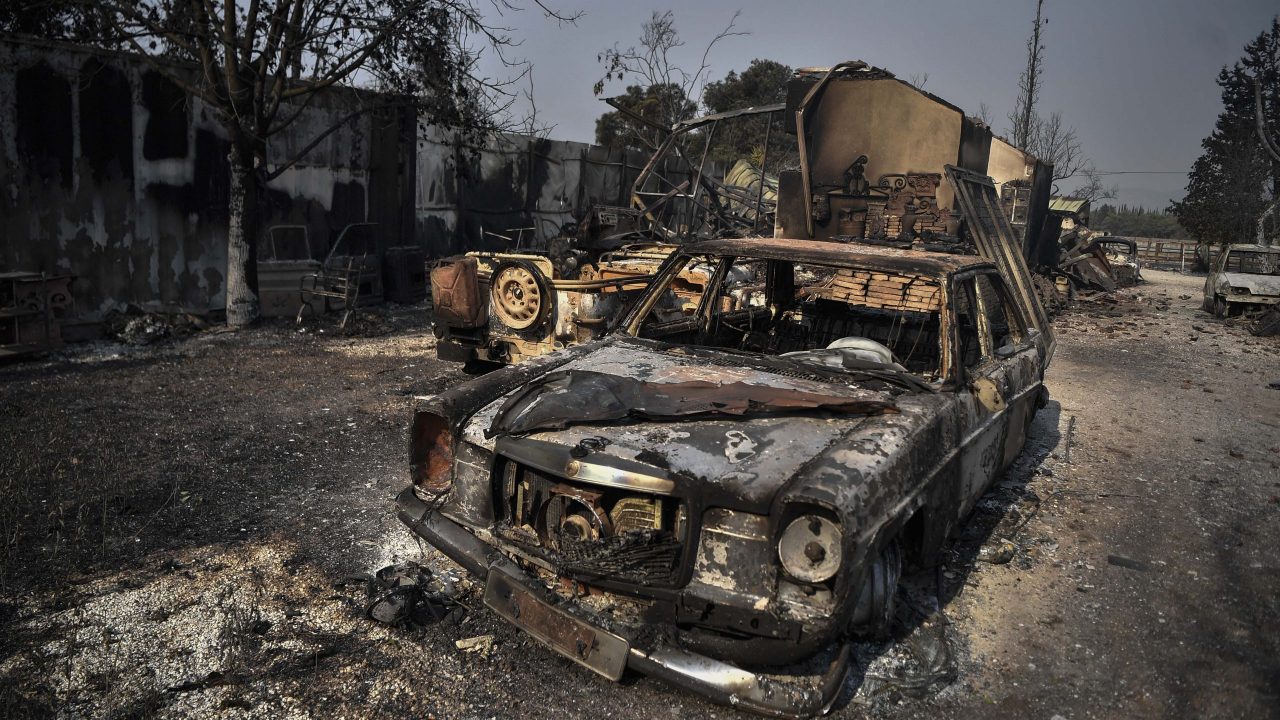 This photograph taken on August 4, 2021 shows burned cars and buildings in Tatoi-Acharnes, north of Athens, as fires broke out at the foot of Mount Parnes, 30 kilometres north of Athens. – Greek firefighters said in a statement that they hope to bring a forest fire blazing near Athens under control “in the coming hours”. More than 500 firefighters, a dozen water-bombing planes and five helicopters have been battling the blazes outside the capital since August 3 afternoon. (Photo by LOUISA GOULIAMAKI / AFP)

“Last night was hell”: Standing in front of his burnt warehouse, in the midst of charred pine trees, Christos Sfetsas deplores the “enormous damage” in his village on the outskirts of Athens, ravaged by one of dozens of wildfires hitting Greece.

The blaze started on Tuesday in a pine forest at the foot of Mount Parnitha, one of three ranges that surround the Greek capital, sending plumes of dark, acrid smoke over Athens and leaving carcasses of burnt-out houses in…