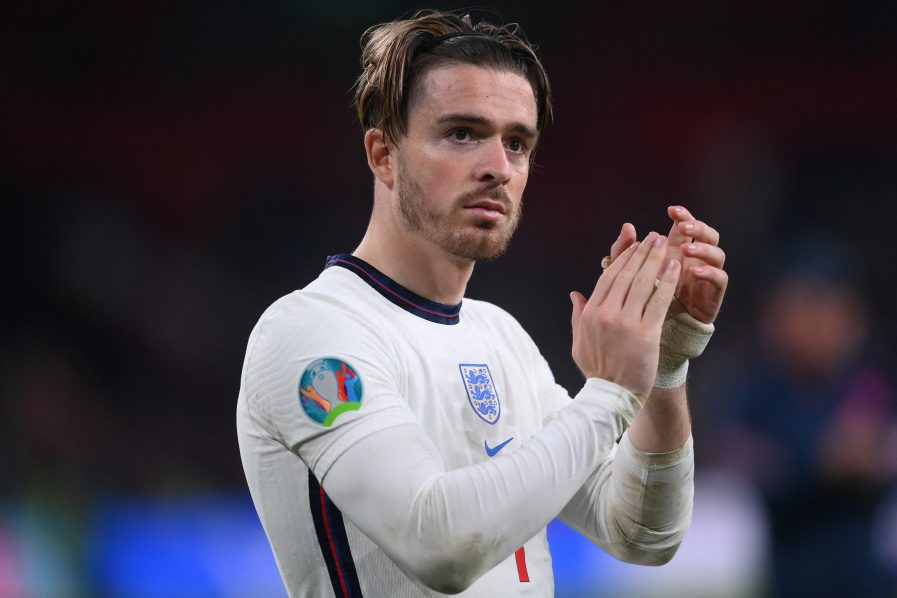 (FILES) In this file photo taken on July 11, 2021 England’s midfielder Jack Grealish greets the fans after their loss in the UEFA EURO 2020 final football match between Italy and England at the Wembley Stadium in London. – Manchester City is on the verge of signing Aston Villa playmaker Jack Grealish in a British record £100 million ($139 million) deal, according to reports on August 4, 2021. (Photo by Laurence Griffiths / POOL / AFP)

City confirmed Grealish will wear the number 10 shirt, which was recently vacated by the departure to Barcelona of long-serving striker Sergio Aguero.

“I am incredibly happy to have joined Manchester City. City is the best team in the country with a manager considered to be the best in the world – it’s a dream come true to be part of this club,” Grealish, 25, said on www.mancity.com.