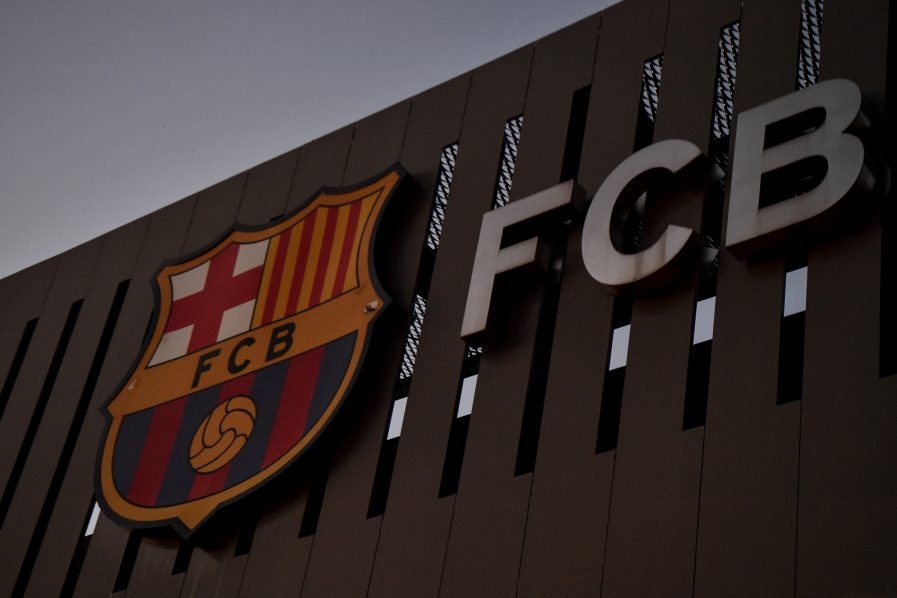 This photograph taken on August 5, 2021 shows the logo of FC Barcelona on the facade of the Camp Nou stadium in Barcelona. (Photo by Pau BARRENA / AFP)

The deal, the first of its type by a major European league, values La Liga at 24.2 billion euros.

La Liga will, however, retain the management of TV rights.

“This agreement was reached without the involvement or knowledge of Real Madrid and today, for the first time, La Liga has given us limited access to the terms of the agreement,” said Real in a statement.

“The clubs have signed over their audiovisual rights exclusively for their sale on a competitive basis for a period of three years.

“This agreement, by way of a misleading structure, expropriates 10.95% of the clubs’ audiovisual rights for the next 50 years, in breach of…