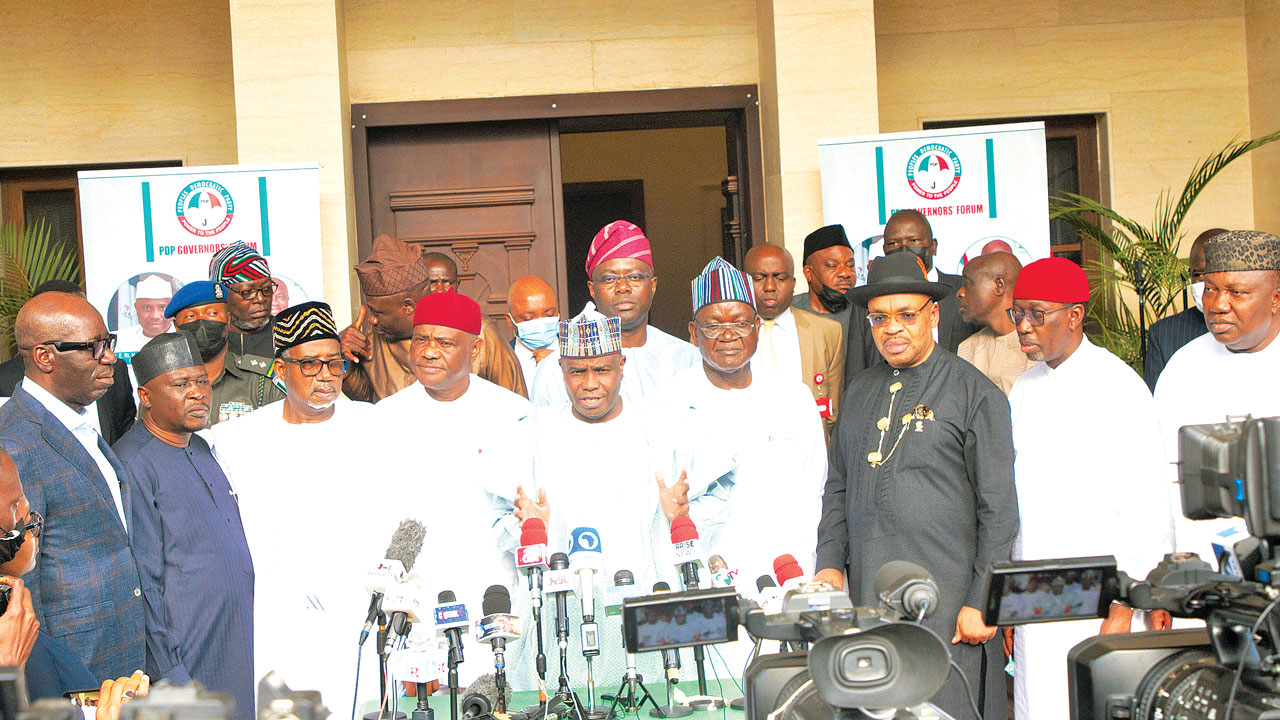 All 13 governors of the Peoples Democratic Party (PDP), yesterday, rose from a marathon six-hour meeting without categorical pronouncement on resolving the crisis rocking the party.