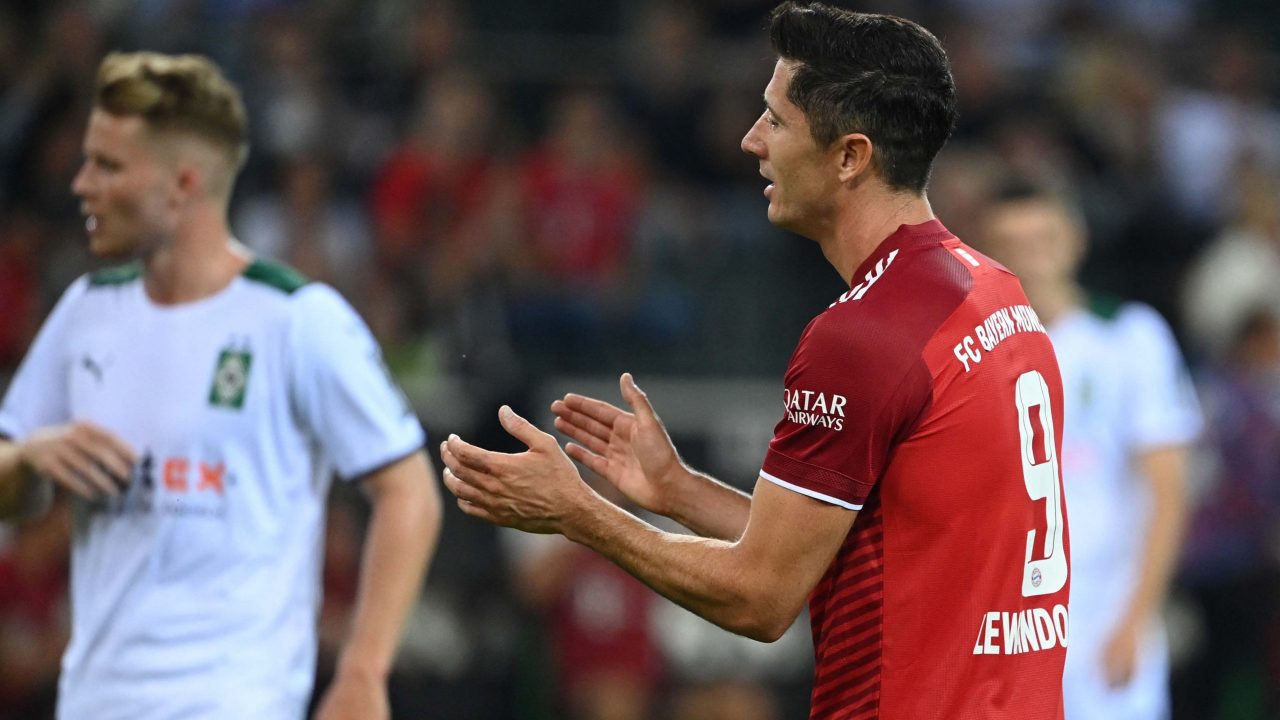 Robert Lewandowski equalised as defending champions Bayern Munich were held to a 1-1 draw at Borussia Moenchengladbach in a hard-fought opening game of the new Bundesliga season on Friday.

Lewandowski levelled just before the break from a corner, but both sides wasted clear chances to grab the winner.

At the other end, Gladbach substitute forward Marcus Thuram failed to connect with the goal at his mercy, then saw his appeals for a penalty waved away by the referee.