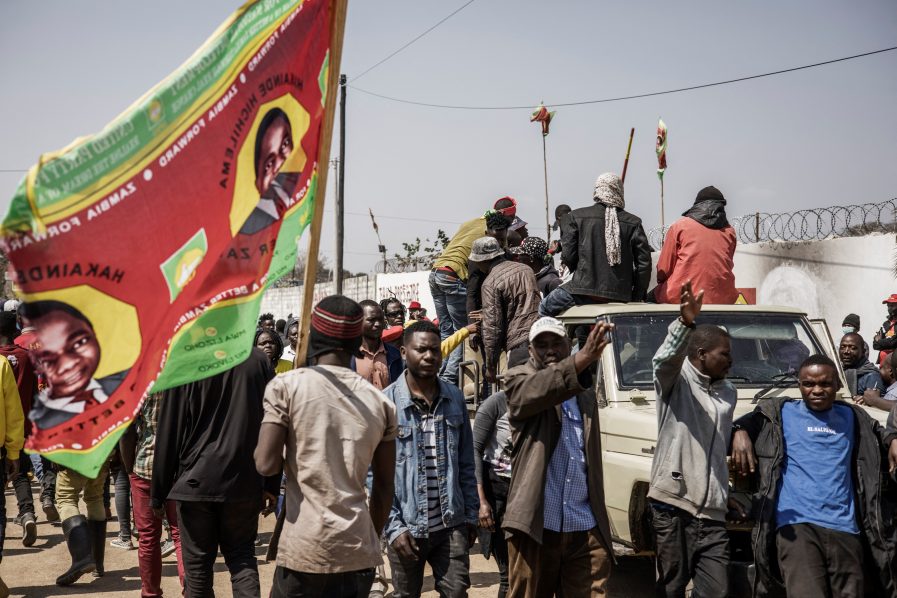 Following a high turnout in Thursday’s vote, Hakainde Hichilema, 59, was ahead of Lungu, 64, in about 20 percent of the constituencies announced so far, even as EU observers said campaign conditions had been “unequal” and favoured the incumbent.

This is the third time Hichilema has challenged Lungu in what analysts said would be a closely fought election amid growing resentment about rising living costs and crackdowns on dissent in the southern African country.

The Electoral Commission of Zambia (ECZ) has so far released the results of 31 out of 156 constituencies, which put Hichilema ahead with 449,699 votes, compared to 266,202 for Lungu.

Supporters for Zambia’s presidential candidate for the opposition party United Party for National Development (UPND), Hakainde Hichilema, gather outside one of the party offices, where they…