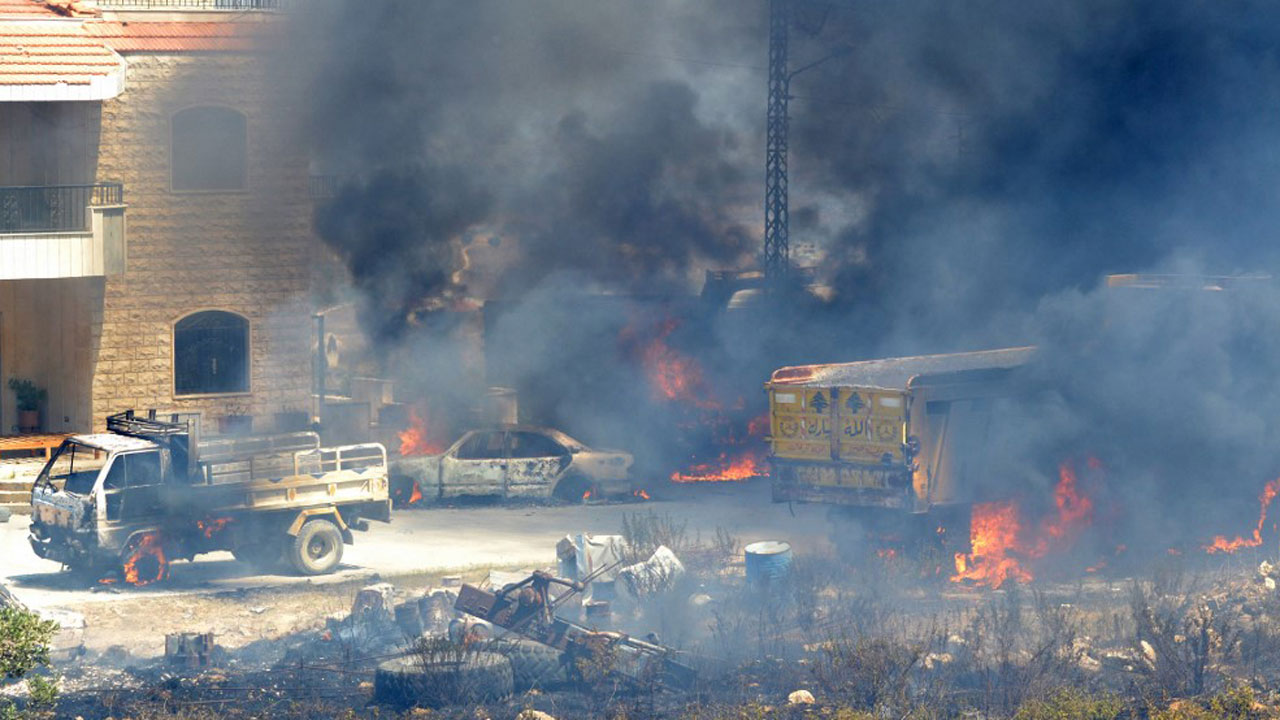 Vehicles burn outside the reported home of the lot owner, where the exploded fuel tank was placed, in the village of Tlel in Lebanon’s northern region of Akkar on August 15, 2021. At least 20 people were killed and nearly 80 others injured when a fuel tank exploded in Lebanon’s northern region of Akkar, the Red Cross and state media said. The official National News Agency said the explosion took place following scuffles between “residents that gathered around the container to fill up gasoline” overnight. Fathi AL-MASRI / AFP

A fuel tank explosion in Lebanon killed 28 people and injured 80 on Sunday as a crowd clamoured for petrol, authorities and medics said, the latest catastrophe to spark outrage in the crisis-hit country.

The tragedy in the impoverished north overwhelmed medical facilities and heaped new misery on a nation already beset by an economic crisis and severe fuel shortages that have crippled hospitals and caused long power cuts.

12 Things You Should Know About The eNaira