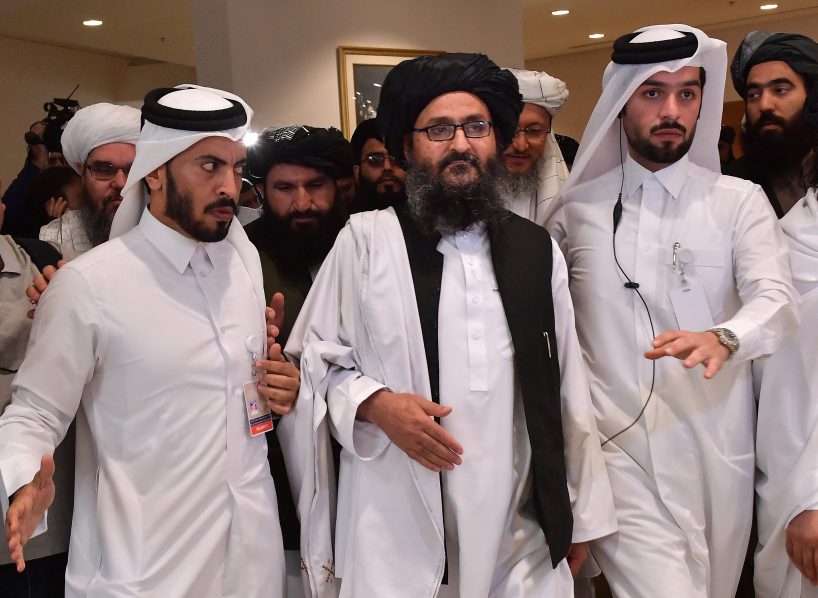 The Taliban’s co-founder returned to Afghanistan Tuesday following the group’s stunning takeover of the country, as a top spokesman insisted the insurgents will not seek “revenge” and declared a general amnesty.

Earlier in the day, the insurgents told government staff to return to work — though residents reacted cautiously and few women took to the streets.

Mullah Abdul Ghani Baradar’s arrival from Qatar — where he has spent months leading talks with the United States and the Afghan peace negotiators — crowns an astonishing comeback for the Taliban after being ousted 20 years ago.

Tens of thousands of people have tried to flee the country to escape the hardline Islamist rule expected under the Taliban, or fearing direct retribution for siding with the US-backed government that ruled for the past two decades.

(FILES) In this file photo taken on February 29, 2020 Taliban co-founder Mullah Abdul Ghani Baradar (C) leaves after signing an agreement with the United States during a…