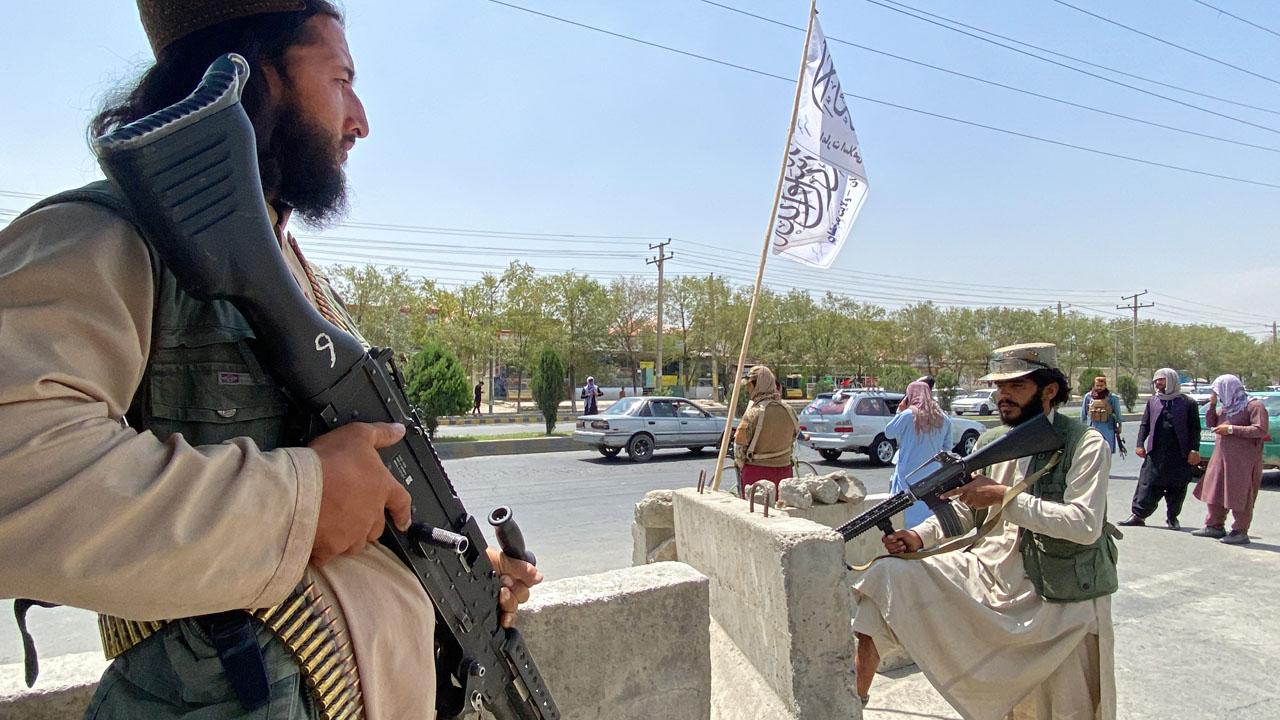 Taliban fighters stand guard at an entrance gate outside the Interior Ministry in Kabul on August 17, 2021. (Photo by Javed Tanveer / AFP)

Bacha bazi, or ‘boy play,’ is an Afghan practice whereby wealthy, powerful men, including politicians, military and police officers, etc., buy and keep adolescent boys – known as dancing boys – for entertainment and sex. The boys are trained to dance seductively at male-only parties and are often sexually abused. These boys, known as bacha bareesh, or ‘beardless boys’, are generally between ten and eighteen years old, and tend to come from poor backgrounds. Parents are persuaded to hand over their sons for financial reimbursement, with the promise that they will be given work and an education and some of the boys are forcefully taken away from their parents and conscripted into permanent sexual indentured servitude.