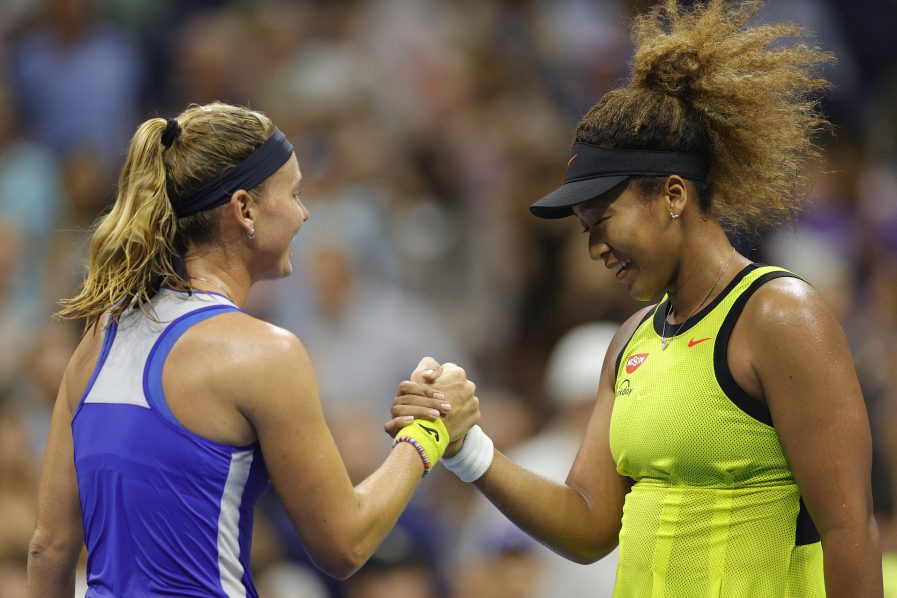 Defending champion Naomi Osaka advanced to the third round of the US Open by walkover on Wednesday as rain showers interrupted play on the New York hardcourts.

The 23-year-old Japanese third seed, seeking her fifth Grand Slam title and third US Open crown in four years, moved on when Serbian qualifier Olga Danilovic withdrew due to illness.

“I have been feeling unwell these past few days dealing with a non-covid related viral illness,” 20-year-old left-hander Danilovic posted on social media.

Osaka, who next faces either Estonia’s Kaia Kanepi or Canadian Leylah Fernandez, is trying to become the first back-to-back US Open winner since Serena Williams, absent with a torn hamstring, captured her third in a row in 2014.

NEW YORK, NEW YORK – AUGUST 30: Naomi Osaka (R) of Japan shakes hands with Marie Bouzkova (L) of the Czech Republic after winning during their Women’s Singles first round match on Day One of the 2021 US Open at the Billie Jean King National Tennis Center on August 30,…