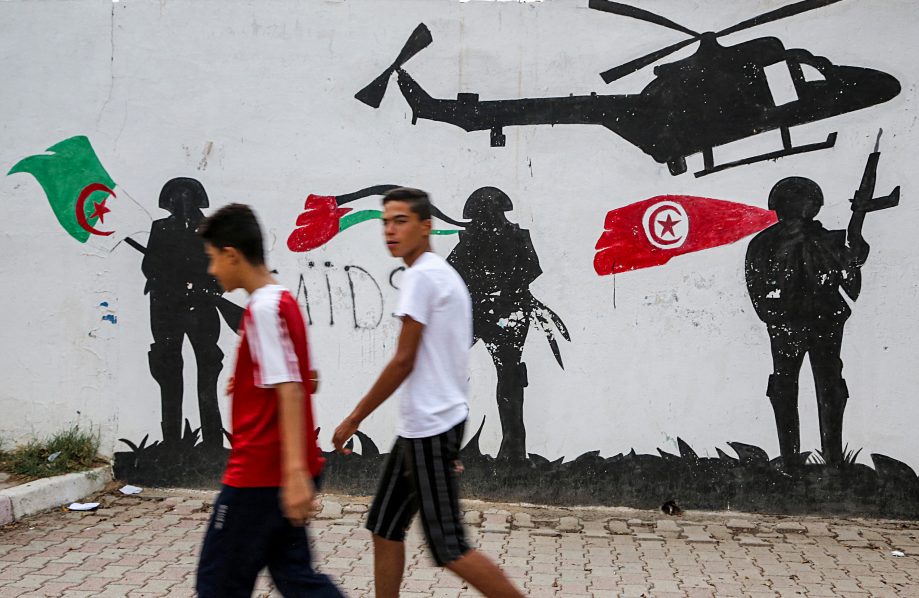 People walk past graffiti drawn on a wall depicting a helicopter and soldiers with the flags of (L to R) Algeria, Palestine, and Tunisia, in the town of Sidi Bouzid in central Tunisia on August 27, 2021. – Many people in Sidi Bouzid, the cradle of Tunisia’s 2011 revolution that launched the Arab Spring, see President Kais Saied’s power grab as a necessary evil. But there are also fears that last month’s dismissal of parliament, sacking of the prime minister and Saied’s assumption of sweeping powers may bring Tunisia one step closer to another dictatorship. (Photo by ANIS MILI / AFP)

“As usual, we hope to win,” said Djamel Belmadi, coach of Algeria, known as the “Fennecs”, before departing.

Last month, Algeria announced it was cutting diplomatic ties with Morocco, accusing it of…