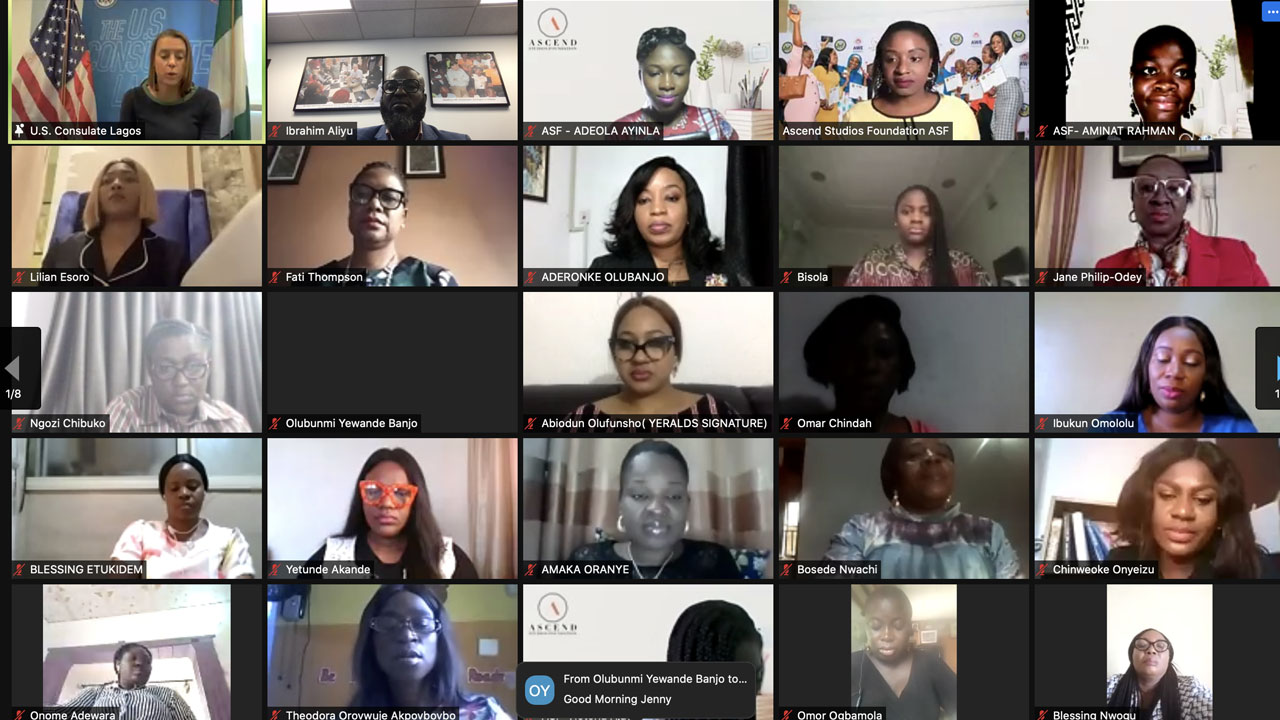 Lagos–– On Tuesday, the U.S. Mission hosted a virtual event to launch the third cohort of the Lagos edition of the Academy for Women Entrepreneurs (AWE), a U.S. government initiative that supports women entrepreneurs around the world.

Working with a local partner, Ascend Studios Foundation, founded by Inya Lawal, an alumna of the Fortune-U.S. Department of State Global Women’s Mentoring Partnership program, the U.S. Mission is supporting the training of 250 women entrepreneurs selected from a pool of over 15,700 applicants, representing a cross-section of industries, from fashion and textiles to health and agri-business.