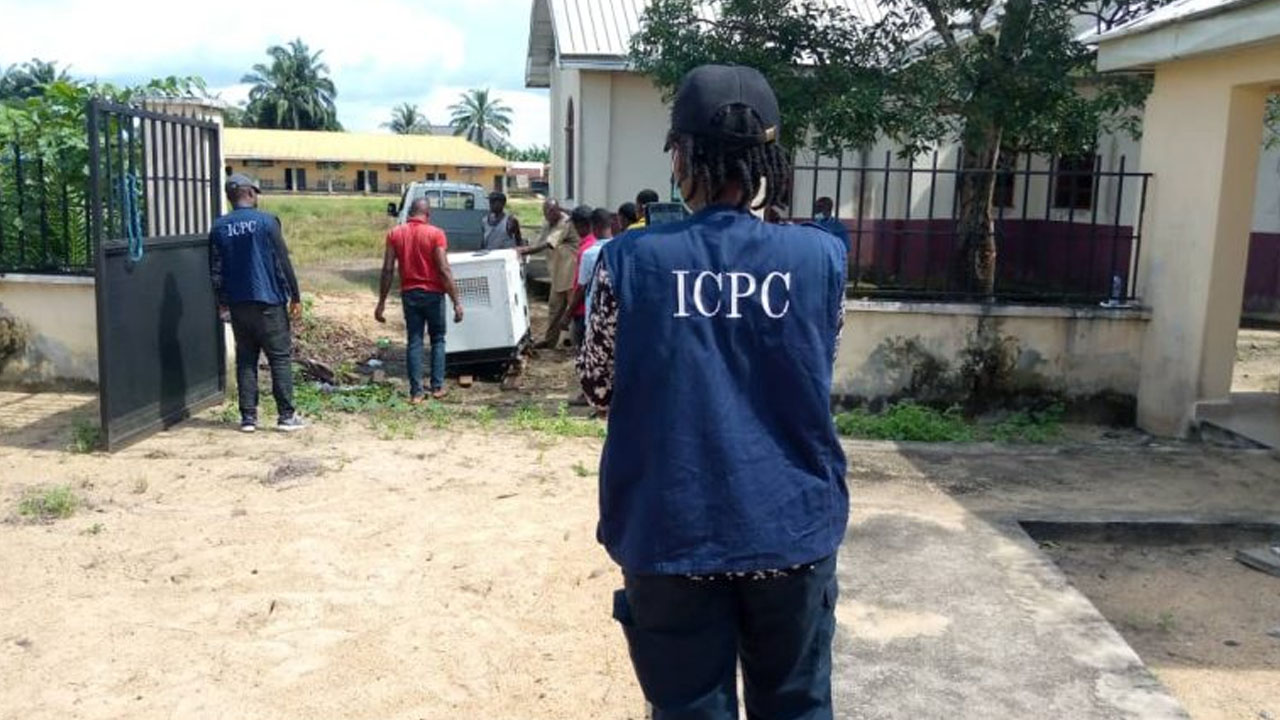 The Independent Corrupt Practices and other Related Offences Commission (ICPC), tracking projects around the country, has recovered an 11KVA generator valued at about N6. 7 million naira meant for a Primary Healthcare Centre, Ohita, in Ogbaru Federal Constituency of Anambra.

The ICPC, who made the discovery during the ongoing Constituency and Executive Projects tracking exercise in the state, noted that the generator was meant to provide power to the clinic which was inaugurated in February 2020, but was not supplied by the contractor.

Operatives of the ICPC, who had earlier visited to audit the project, discovered the missing generator and directed the contractor to supply and install it for the effective operation of the PHC.

The Commission also evacuated medical equipment stored in a private warehouse to the Federal Medical Centre, Asaba, Delta, pending the completion of a hospital project in Okpoko, Ogbaru Federal Constituency where it were meant for.