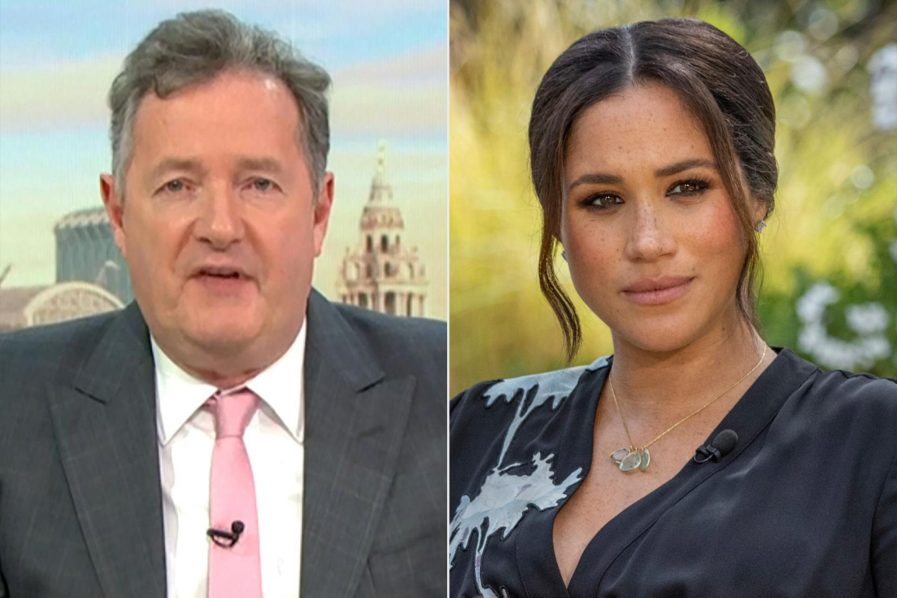 Piers Morgan Thanks Meghan Markle For Boosting His Career

Piers Morgan was reunited with his former Good Morning Britain co-host Susanna Reid as he picked up a broadcasting award and thanked Meghan Markle for boosting his career.

The pair were pictured at the TRIC Awards in central London with Morgan sharing the picture on his Instagram and captioning it “back together”.

However, it was not a totally happy reunion for Reid as Morgan beat her to the News Presenter award at the awards.

The outspoken presenter quit the early-morning ITV flagship show in March after a row over his remarks about the Oprah Winfrey interview with Meghan Markle and Prince Harry.

Asked what Meghan would think of his win, he told The Mirror: “Who cares?!

“Honestly, she’s been great for my career to be honest with you. I really want to thank her.”