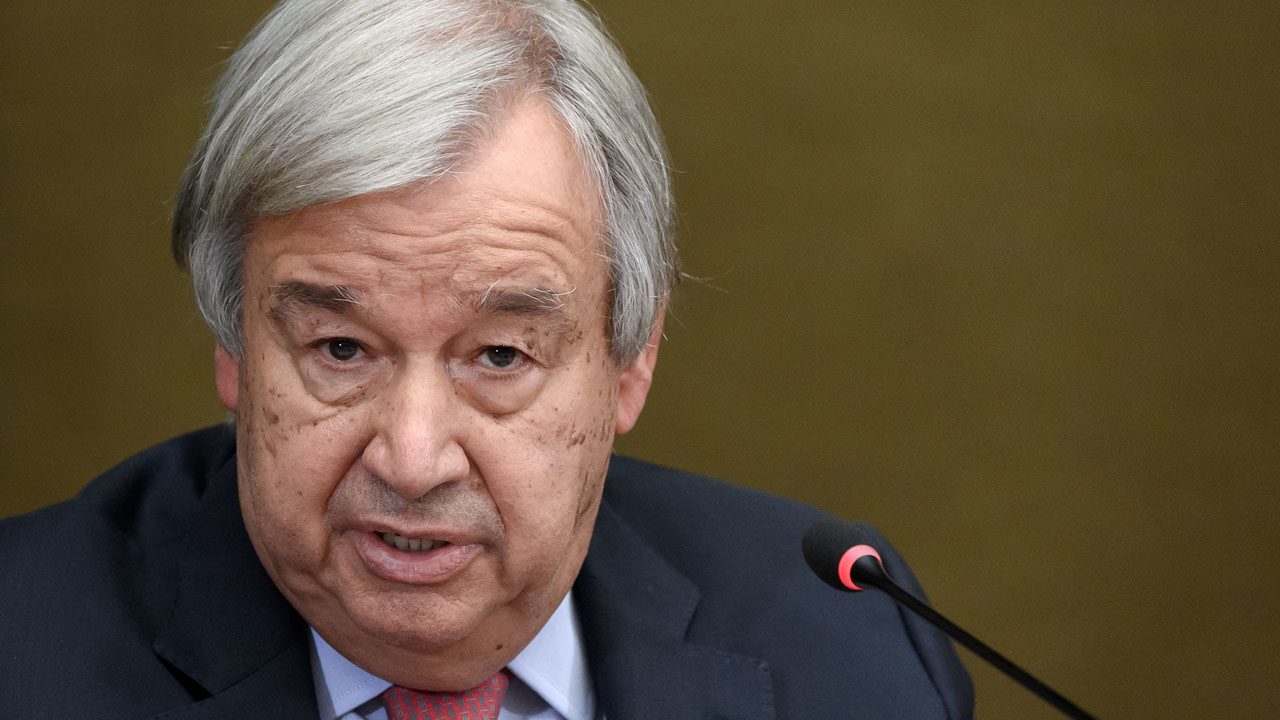 UN Secretary-General Antonio Guterres speaks during a press conference on a hosts aid conference on Afghanistan, in Geneva on September 13, 2021. (Photo by Fabrice COFFRINI / AFP)

His comments come as a United Nations report on global emissions pledges found instead of the reductions needed to avoid the worst effects of climate change, they would see “a considerable increase”.

This shows “the world is on a catastrophic pathway to 2.7-degrees of heating,” Guterres said in a statement.

The figure would shatter the temperature targets of the Paris climate agreement, which aimed for warming well below 2C and preferably capped at 1.5C above pre-industrial levels.

“Failure to meet this goal will be measured in the massive loss of lives and livelihoods,” Guterres said.