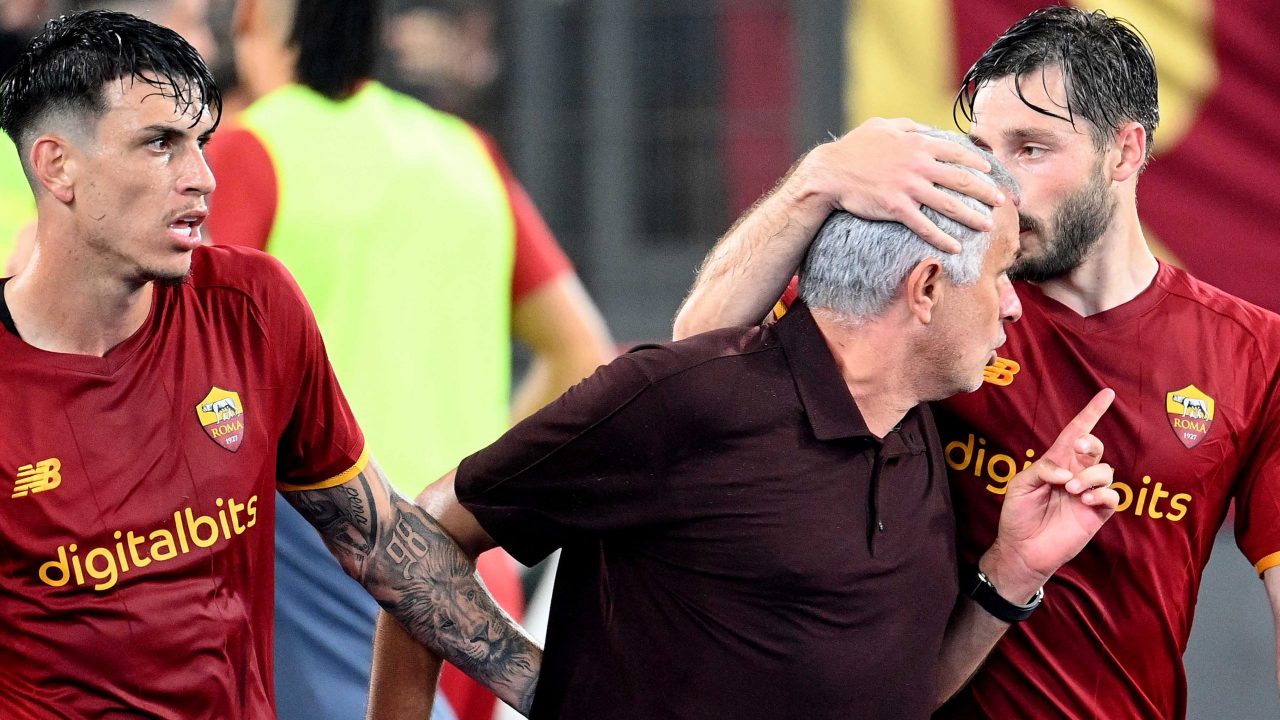 Roma’s Portugal’s coach Jose Mourinho (R) celabrates with Roma’s Uruguay’s defender Matias Vina (R) during the Italian Serie A football match between AS Roma and Sassuolo at the Olympic stadium in Rome on September 12, 2021. (Photo by Vincenzo PINTO / AFP)

Roma dropped their first points in Serie A under Jose Mourinho on Sunday as Verona came from behind to earn new coach Igor Tudor a 3-2 victory on his debut.

Lorenzo Pellegrini’s clever backheel flick gave visitors Roma a half-time lead in the pouring rain as they sought a fourth successive win to start the season.

Antonin Barak equalised for Verona shortly after the interval and Gianluca Caprari put the hosts ahead with a precise finish five minutes later.

Ivan Ilic turned a Pellegrini cross into his own goal to bring Roma level before the hour, but Davide Faraoni’s brilliant volley secured the win for Verona to halt a run of three straight losses.

“I knew their qualities, even before the change in coach,”…