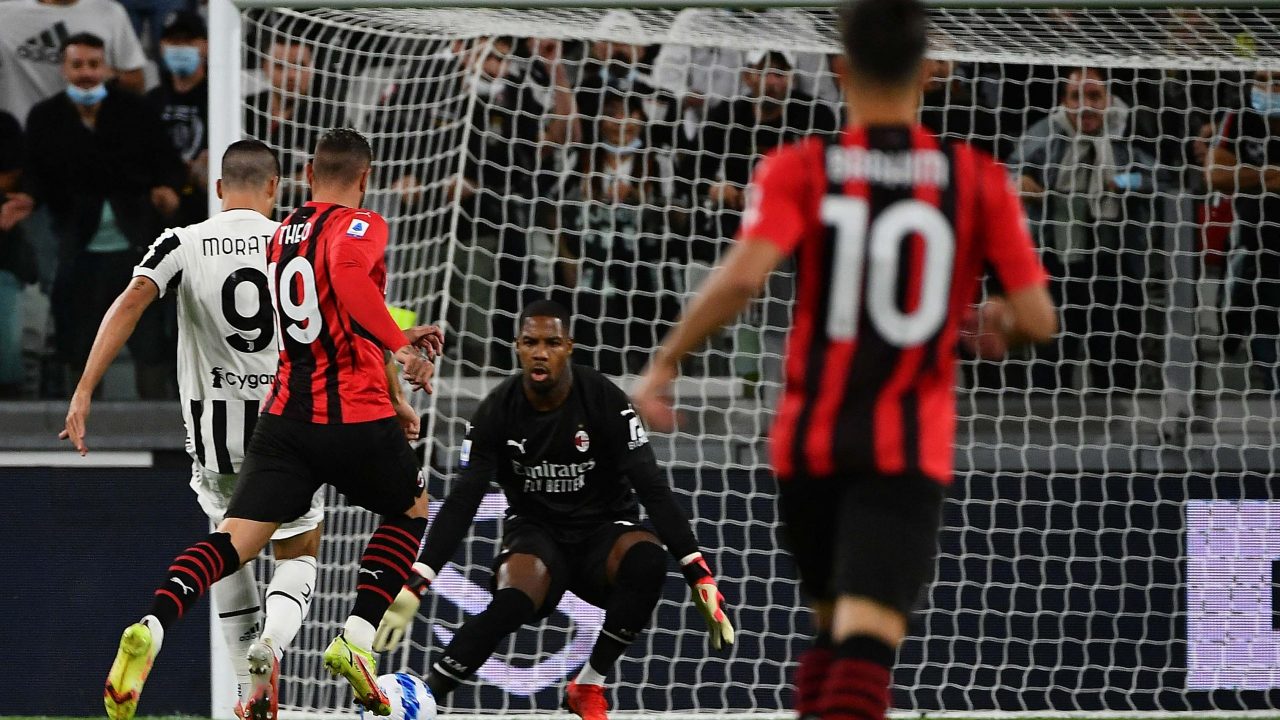 Juventus’ Spanish forward Alvaro Morata (L) scores a goal during the Italian Serie A football match between Juventus and AC Milan at the Juventus stadium in Turin, on September 19, 2021. (Photo by Isabella BONOTTO / AFP)

Juventus were left struggling in the unlikely surroundings of Serie A’s bottom three on Sunday after a 1-1 draw with AC Milan kept them still searching for a first league win this season.

Alvaro Morata’s fourth-minute goal gave Juve the lead but Ante Rebic headed in a 76th-minute equaliser as Milan ended the weekend in second place on goal difference behind city rivals Inter who crushed Bologna 6-1 on Saturday.

Milan could have won the match in the dying moments but Juve keeper Wojciech Szczesny pulled off a brilliant point-blank save to deny Pierre Kalulu.

Juventus, still reeling from the departure of Cristiano Ronaldo to Manchester United, are 18th with just two points from four games with only Cagliari and Salernitana propping them up.