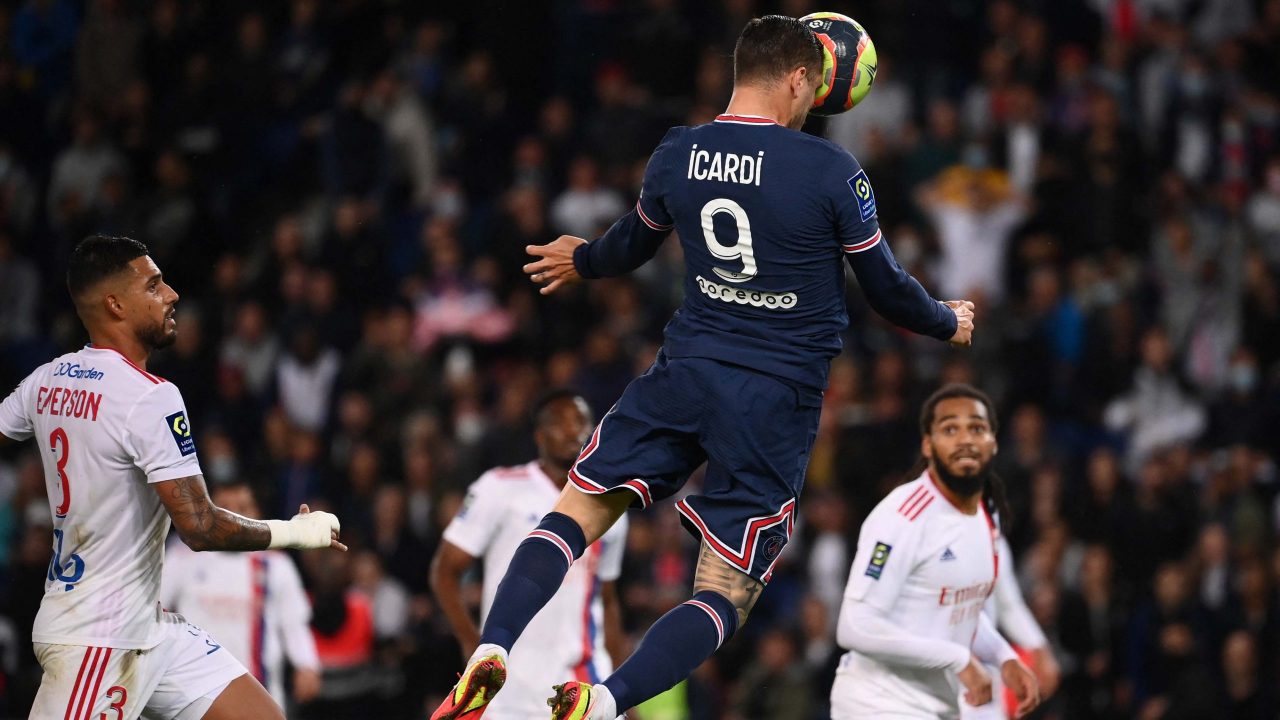 Paris Saint-Germain’s Argentinian forward Mauro Icardi heads the ball to score his team’s second goal during the French L1 football match between Paris-Saint Germain (PSG) and Olympique Lyonnais at The Parc des Princes Stadium in Paris on September 19, 2021. (Photo by FRANCK FIFE / AFP)[/caption
Lionel Messi had a lively home debut for Paris Saint-Germain but it was his compatriot Mauro Icardi who scored a dramatic stoppage-time winner as the Ligue 1 leaders edged Lyon 2-1 on Sunday.

Messi outshone his team-mates in PSG’s all-star attack for much of the game at the Parc des Princes but he had been taken off by the time substitute Icardi headed in a cross from the left to secure a win that looked unlikely for long spells.

The excellent Lucas Paqueta gave Lyon the lead in the 54th minute, before Neymar won and then converted from the spot midway through the second half of an absorbing contest at the Parc des Princes.