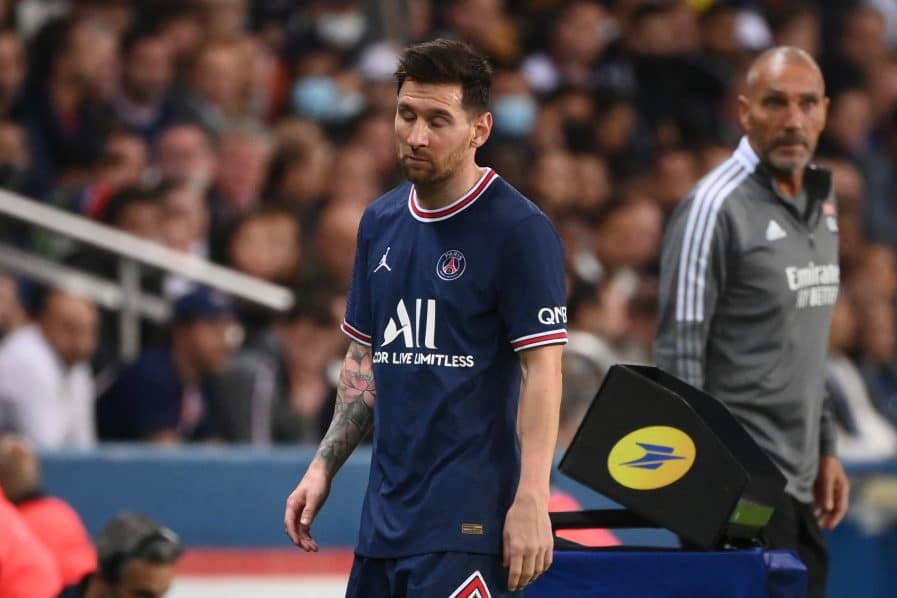 Paris Saint-Germain’s Argentinian forward Lionel Messi reacts as he leaves the pitch during the French L1 football match between Paris-Saint Germain (PSG) and Olympique Lyonnais at The Parc des Princes Stadium in Paris on September 19, 2021. (Photo by FRANCK FIFE / AFP)

Paris Saint-Germain coach Mauricio Pochettino defended his decision to take off Lionel Messi as the former Barcelona man made his home debut in Sunday’s Ligue 1 game against Lyon.

Messi was outstanding in the first half at the Parc des Princes but began to fade from the game after the break and was replaced by Achraf Hakimi for the final quarter of an hour with the score 1-1 at the time.

“Everyone knows we have great players, a squad of 35. It is my decision. We can only have 11 players on the field at one time,” Pochettino said.

“I only think about the best decision in each game, for each player, just as every coach does.