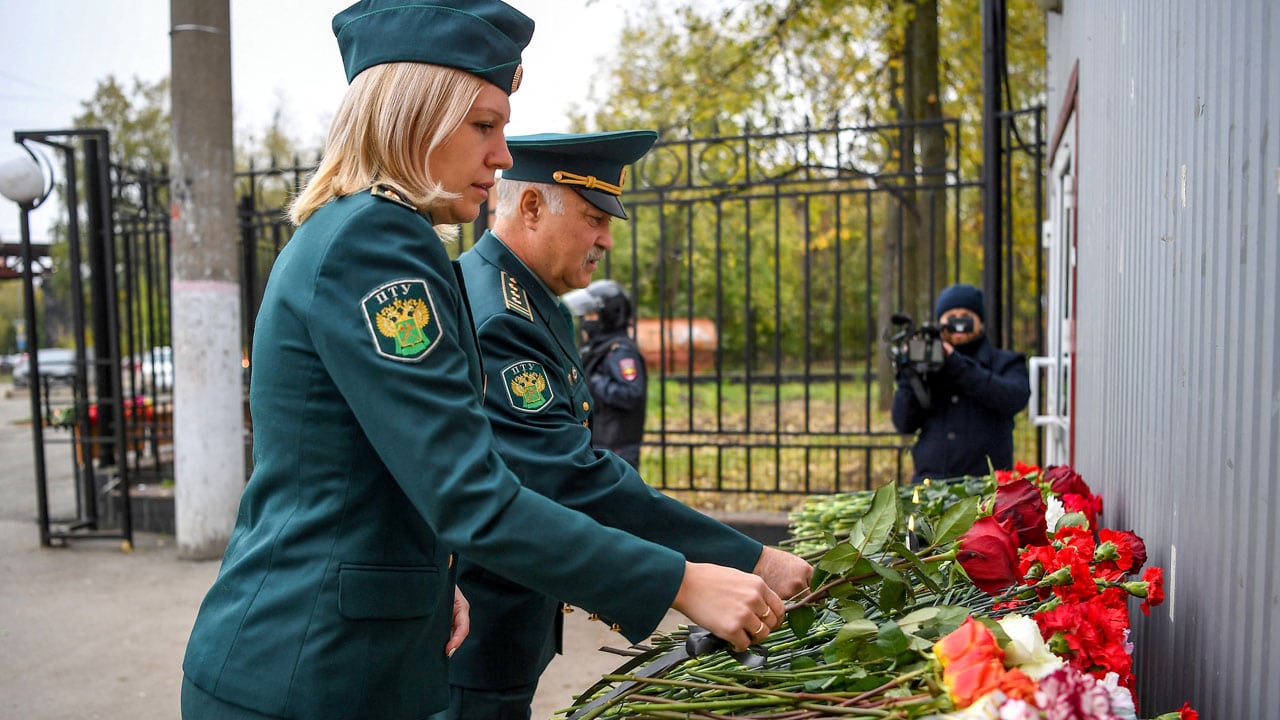 Shocked and grieving Russians gathered outside a university in the city of Perm on Tuesday after a student went on a campus shooting spree, killing six people and wounding dozens.

With a heavy police cordon still around Perm State University a day after the killings, they laid red carnations and lit candles at makeshift memorials.

Ksenia Punina, a professor of international relations at the university, told AFP she was in shock and in pain at the beginning of an official day of mourning over the attack.

“Our university is our home,” said the 40-year-old, wearing a black mask bearing the university’s name.

“It’s completely unexpected; a total shock when a man comes into your house with a weapon to your family.”

On Monday morning a…