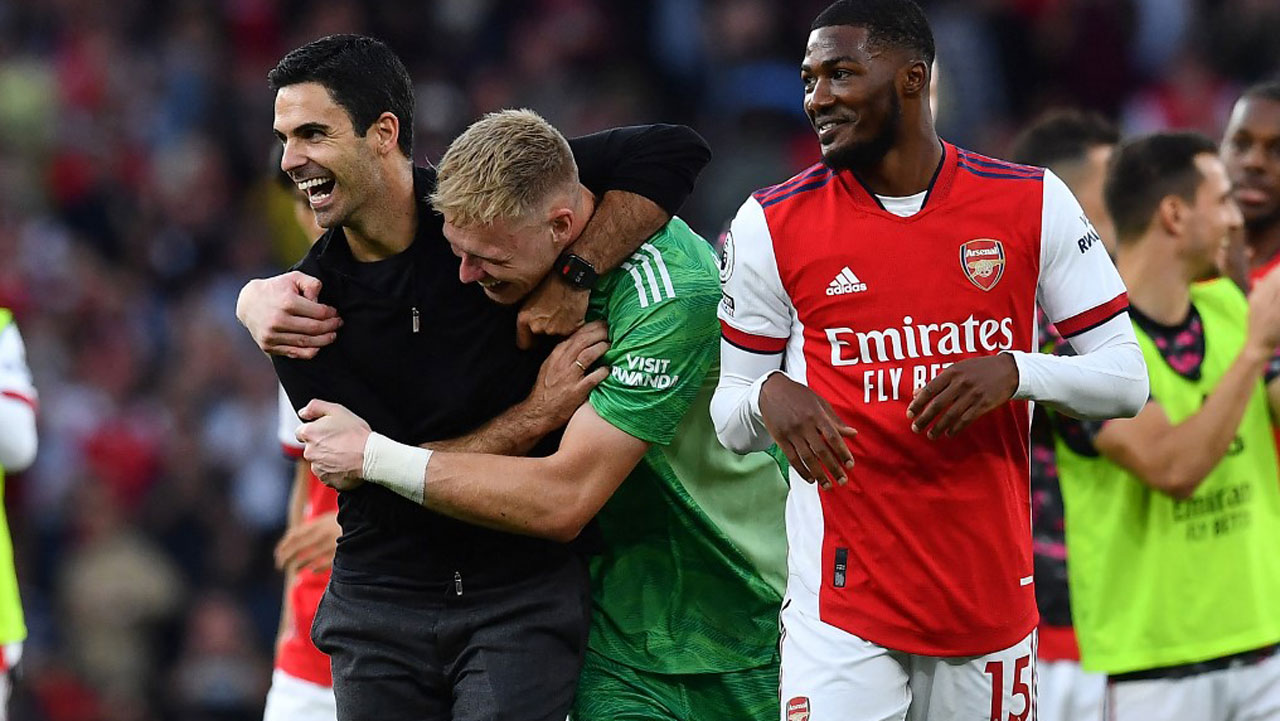 Arsenal struck three times inside 35 minutes to beat Tottenham 3-1 on Sunday and move above their north London rivals in the Premier League table.

Just three weeks ago Spurs sat top and Arsenal bottom after their worst start to a league season for 67 years.

However, the Gunners have been rejuvenated by six summer signings and the return to fitness of a number of key players.

Emile Smith Rowe opened the floodgates by taking advantage of some awful Tottenham defending on 12 minutes.

Pierre-Emerick Aubameyang then rounded off a brilliant team move before Bukayo Saka rolled home the third 11 minutes before half-time.