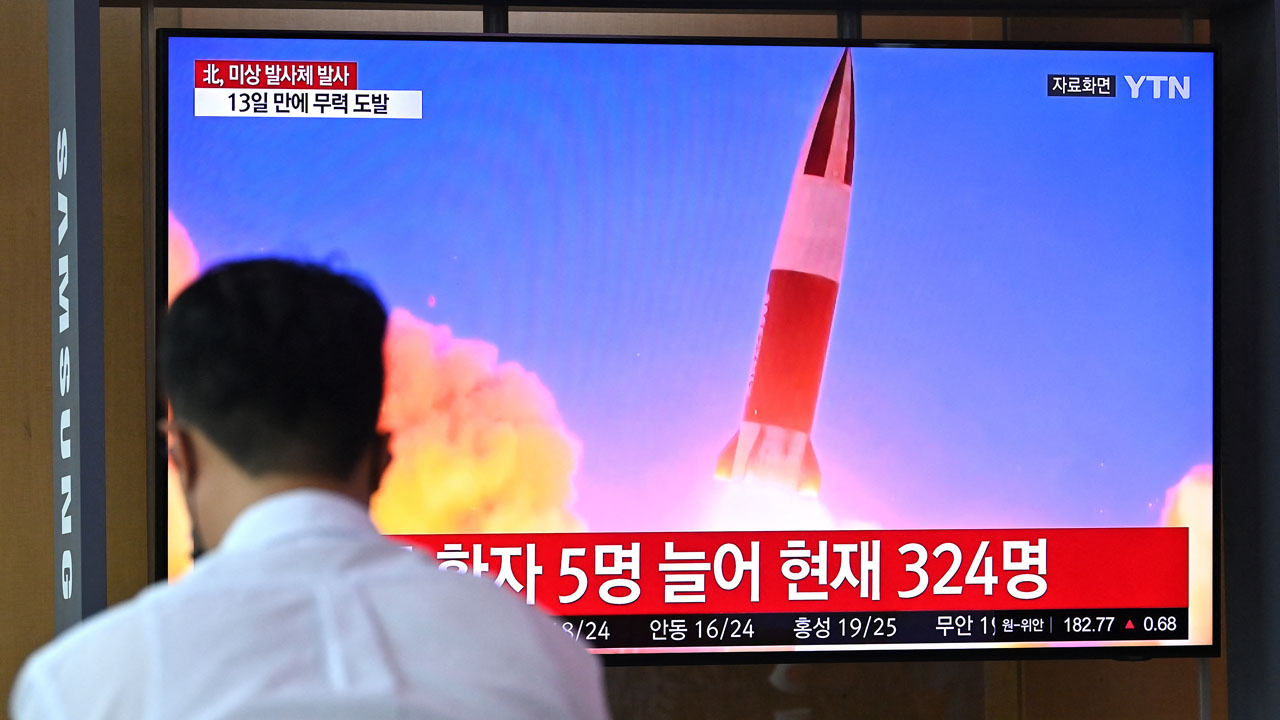 People watch a television news broadcast showing file footage of a North Korean missile test, at a railway station in Seoul on September 28, 2021, after North Korea fired an ‘unidentified projectile’ into the sea off its east coast according to the South’s military. (Photo by Jung Yeon-je / AFP)

Nuclear-armed North Korea fired a presumed short-range missile into the sea on Tuesday, the South’s military said, as Pyongyang’s UN ambassador insisted it had an undeniable right to test its weapons.

The projectile was fired from the northern province of Jagang into waters off the east coast, according to South Korea’s Joint Chiefs of Staff, and a Japanese defence ministry spokesman told AFP it “appears to be a ballistic missile”.

Less than an hour later, Pyongyang’s United Nations ambassador Kim Song told the UN General Assembly in New York: “Nobody can deny the right to self-defence for the DPRK”, North Korea’s official name.

It was the latest in a series of…