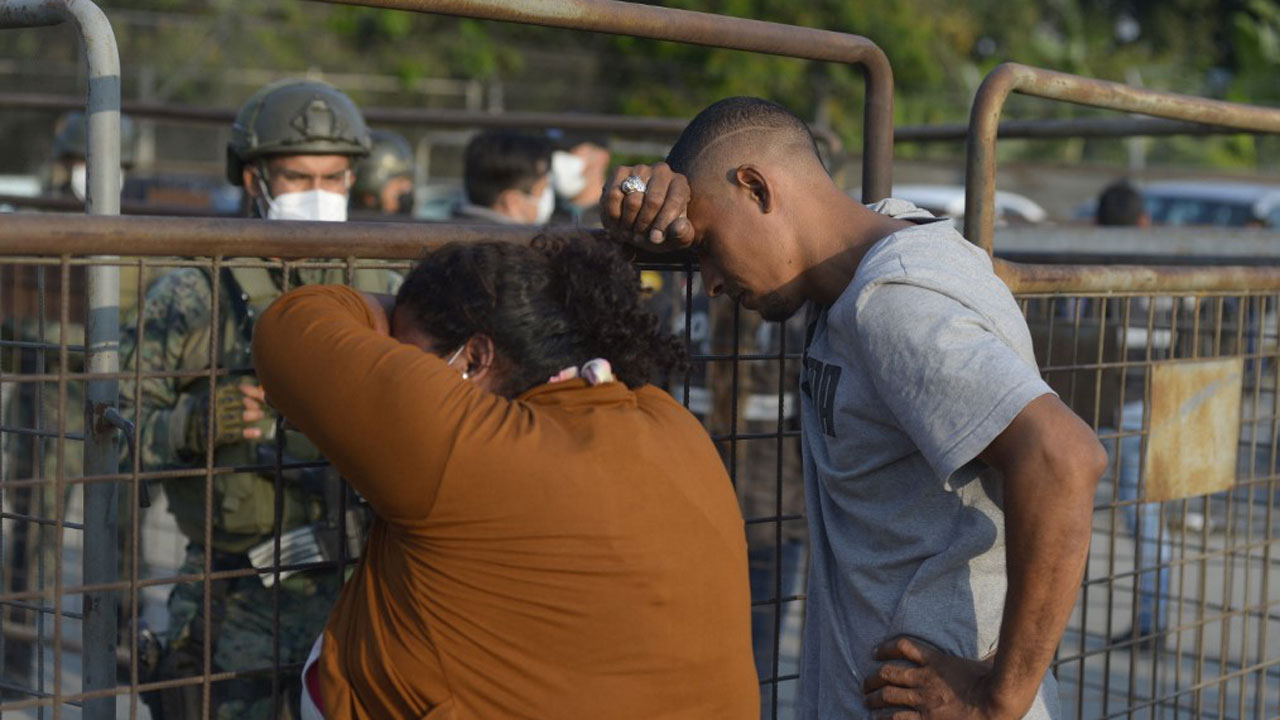 Relatives of inmates wait for information outside a prison in Guayaquil, Ecuador, on September 29, 2021, after a riot occurred. Ecuador declared on Wednesday a state of exception for the prison system, in crisis due to overpopulation and violence between drug gangs, after a riot that left more than 100 prisoners dead and 52 wounded. Fernando MENDEZ / AFP

The death toll from bloody clashes between rival gangs in an Ecuador prison has surpassed 100, with 52 more wounded, the government prison authority said Wednesday, as soldiers surrounded the facility — one of the country’s many overburdened and understaffed jails.

Inmates went to war armed with guns and grenades on Tuesday at the Guayaquil prison complex: a clash between prisoners believed to be linked to Mexican drug gangs — mainly the Sinaloa and Jalisco New Generation cartels.