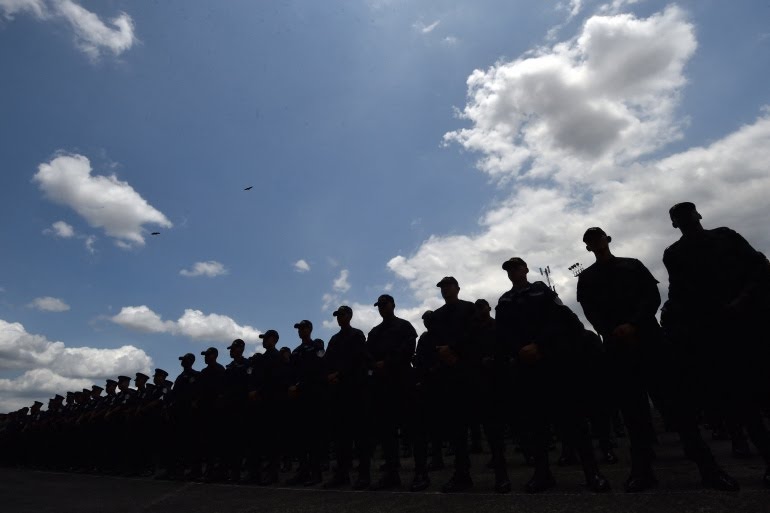 Members of the Panamanian national police and of special forces are seen during a drill [File: Rodrigo Arangua/AFP]

The controversy arose after photos emerged from the training, one of which showed a man pointing a gun at an image of an armed person wearing what appeared to be an Arab headdress.

The images were published on Twitter by the National Police and the local Israeli chamber of commerce, but were later deleted.

“We are respectful of cultural, religious and ethnic differences,” the police force said in a statement. “We regret that… a situation arose outside the nature of our mission and duty.”

The deleted Twitter posts had said the training was organized by the Israeli embassy in Panama.

The controversy drew a rebuke from the Panamanian…