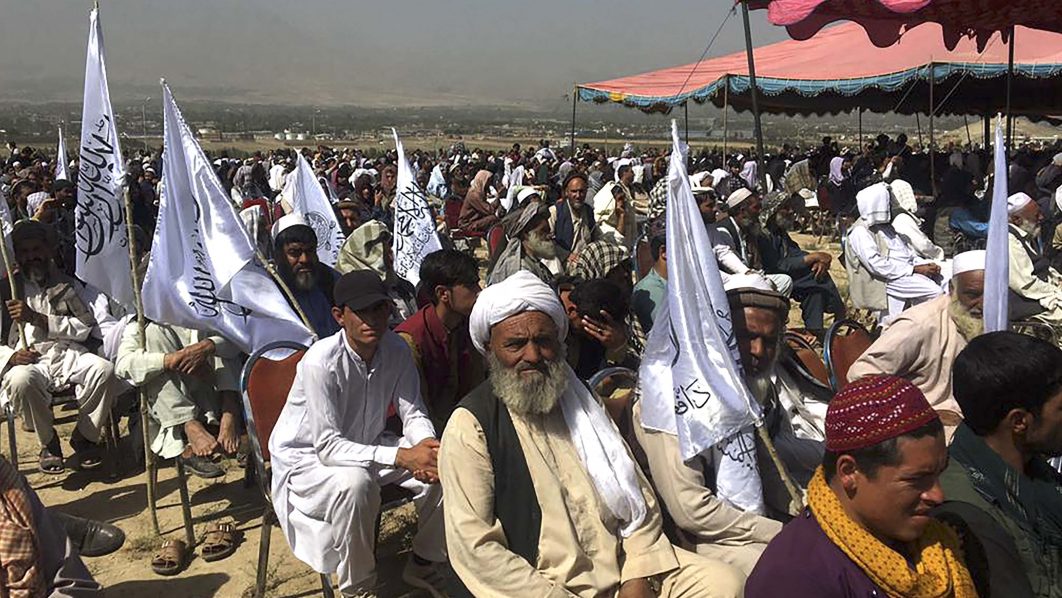 Taliban supporters attend an open air rally in a field in Kabul on October 3, 2021. (Photo by Hoshang HASHIMI / AFP)

More than 1,500 Taliban supporters attended a rally on Sunday in a vast field to the north of Kabul, in a show of strength as they consolidate their rule of Afghanistan.

The crowd, exclusively men and boys, heard speeches by leading Taliban officials and commanders at Kohdaman township in the hilly outskirts of the capital.

The rally was the first of its kind in the capital since the Islamist group seized control of the country seven weeks ago following a lightning offensive.

Flanked by white and black Taliban standards and fighters in combat gear carrying assault rifles, the speakers addressed an audience sat in rows of chairs under awnings.

As the event went on, more and more supporters arrived, leaving several hundred sitting to watch from chairs in the midday sun.