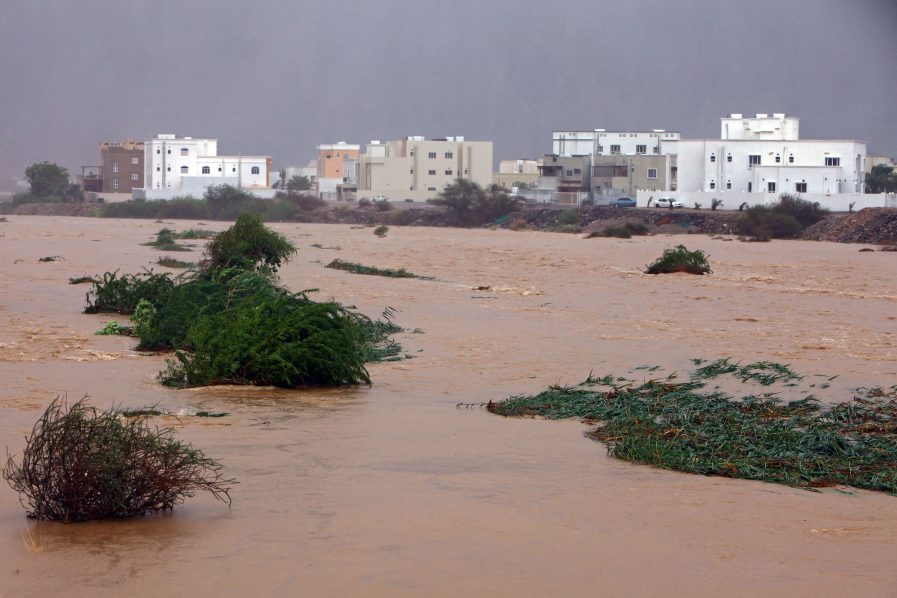 A picture taken on October 3, 2021, shows flooding in the Omani capital Muscat, as the Shaheen tropical storm hits the country. – One child has died in flash flooding while flights and schools have been suspended as tropical Cyclone Shaheen bears down on Oman, authorities said. (Photo by MOHAMMED MAHJOUB / AFP)

At least nine people were killed in Oman and Iran on Sunday as tropical Cyclone Shaheen pummelled parts of their coastlines, authorities said.

In Oman, two people died in a landslide and a child in flash flooding, officials said.

Rescue teams pulled the bodies of two Asian workers from their homes hit by a landslide in the Rusayl industrial area of Muscat province, Oman’s National Committee for Emergency Management (NCEM) said.

The child died and another person was reported missing in flash floods in the capital’s province, it added.

A picture taken on October 3, 2021, shows flooding in the Omani capital Muscat, as the Shaheen tropical storm hits the country. – One…