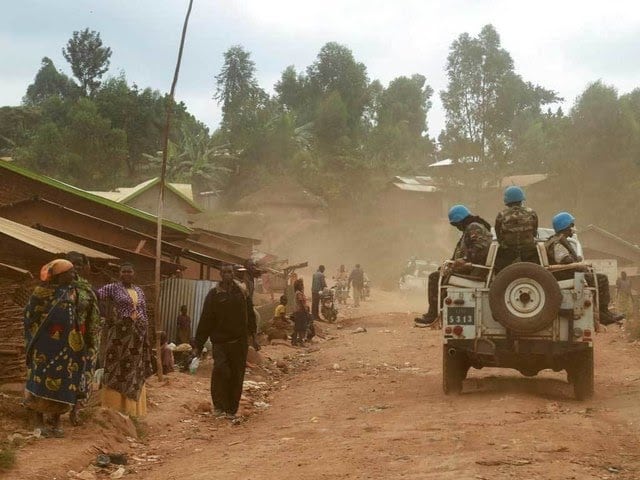 Gunmen killed a police officer and kidnapped five Chinese nationals working at a gold mine in the Democratic Republic of Congo’s conflict-plagued east on Sunday, military sources said.

Regional army spokesman Major Dieudonne Kasereka said that “at around 2 am, the camp of the Chinese group was attacked by armed bandits” in the village of Mukera in Fizi territory of South Kivu province.

“There were 14 in total, five were taken away by the attackers to an unknown destination,” he said, adding that the other nine were safely evacuated.

Colonel David Epanga, head of the armed forces in Fizi, said one policeman was killed and another was wounded in the attack.

The five abducted Chinese workers were employees of a company that has been operating a gold mine in the area for four to five months, Fizi civil society head Lusambya Wanumbe said.

« Waiting to see » almost killed me | The Guardian Nigeria News

How ‘I am waiting to see almost killed me’