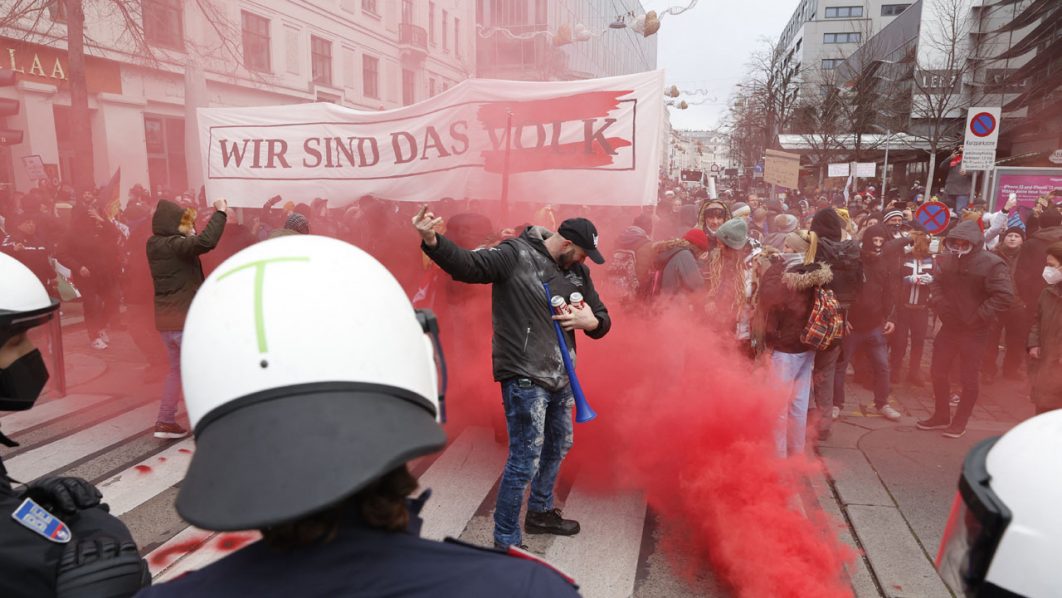 Tens of thousands of Austrians turned out Saturday for the third straight weekend of protests against the government’s coronavirus measures, police said.

After several different demonstrations took place in the capital Vienna, police said their estimate of overall turnout was “over 40,000”.

Police said that some demonstrators had thrown “pyrotechnic objects” at officers, who used pepper spray in response.

Several arrests were made for civil disorder offences.

Police clashes with protesters during a demonstration against measures taken to curb the Covid-19 corona pandemic in Vienna, on December 4, 2021. (Photo by FLORIAN WIESER / APA / AFP) / Austria OUT

Police added that around 1,500 people had taken part in a counter-demonstration.

Austria is in a partial lockdown which started on November 22 and is scheduled to end on December 11.

It was the first country in the EU to say it would make vaccination against the coronavirus mandatory, a measure expected to…