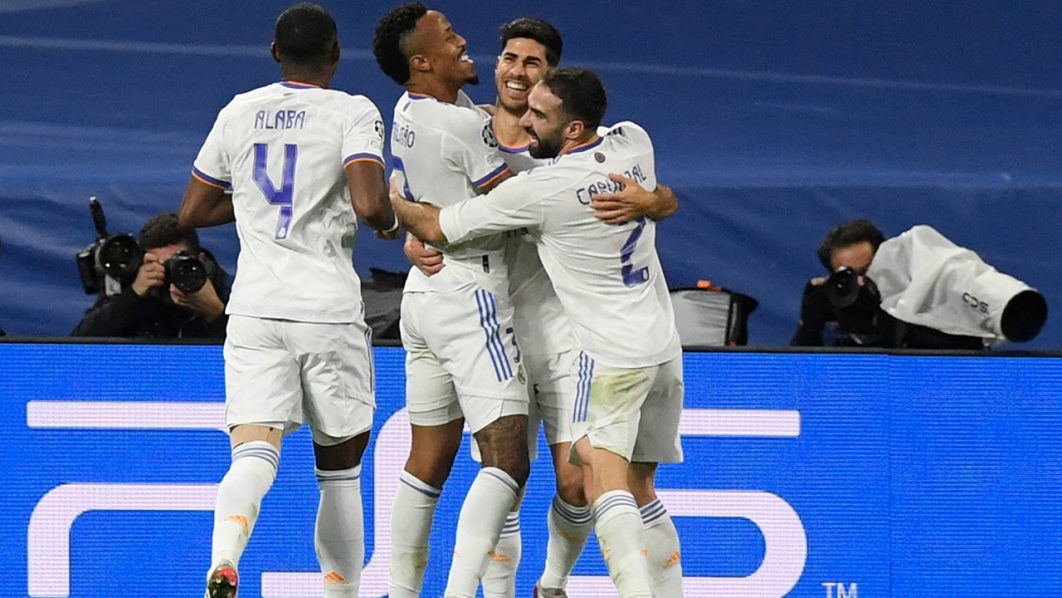 Real Madrid will go through as group winners to the Champions League last 16 after Toni Kroos and Marco Asensio each scored in a 2-0 win over Inter Milan on Tuesday.

A comfortable victory at the Santiago Bernabeu, aided by Nicolo Barella’s red card in the 64th minute when Inter were one goal down, sent Madrid through the top of Group D, five points ahead of the Italians, who advance as runners-up.

Inter had to win to claim first place but after weathering an early storm, Madrid was superior and Kroos’ goal put them in control before Barella’s sending off and then a superb strike from Asensio made the result secure.