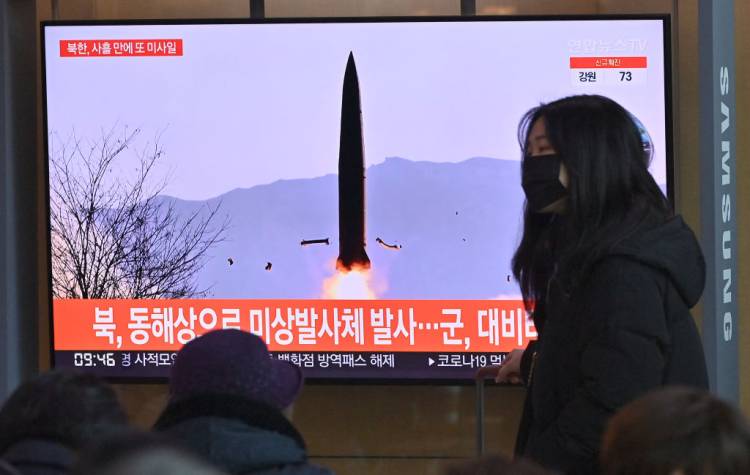 broadcast with file footage of a North Korean missile test, at a railway station in Seoul on January 17, 2022 JUNG YEON-JE/AFP via Getty Images

Despite biting international sanctions, Pyongyang has conducted a string of weapons tests this year, including of hypersonic missiles, as leader Kim Jong Un pursues his avowed goal of further strengthening the military.

Reeling economically from a self-imposed coronavirus blockade, impoverished North Korea has not responded to Washington’s offers of talks, while doubling down on weapons tests and vowing a “stronger and certain” response to any attempts to rein it in.

The launches come at a delicate time in the region, with North Korea’s sole major ally China set to host the Winter Olympics next month and South Korea gearing up for a…