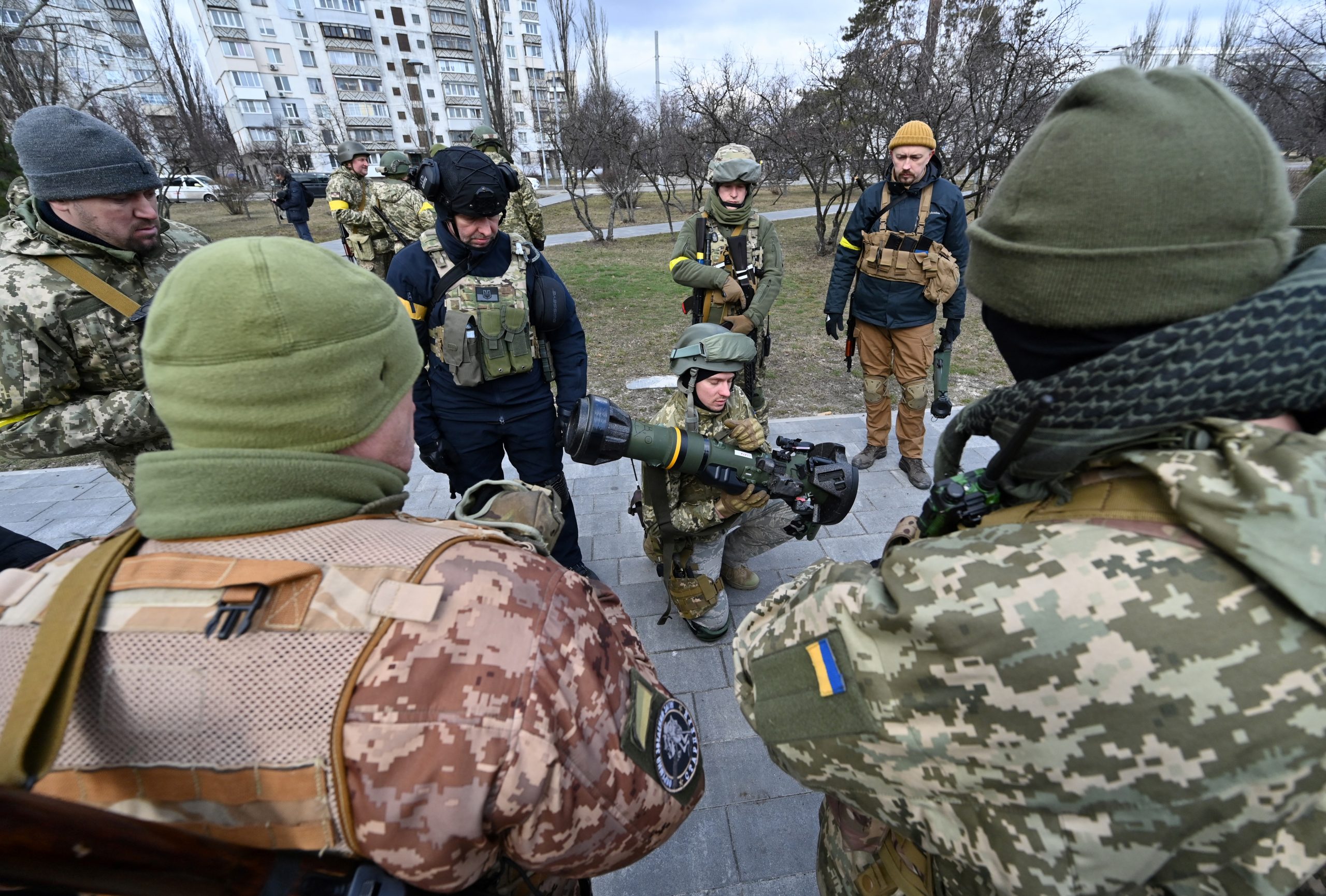 Russian troops closed in on Ukraine’s capital Wednesday as the two countries prepared for their first high-level talks since Moscow launched its deadly invasion two weeks ago.

As fighting raged for the 14th day, Russian forces made rapid advances towards Kyiv, approaching Brovary, a large eastern suburb of the capital, AFP journalists saw.

“They shoot to scare people and force them to stay at home, steal what they can to get supplies and settle among the inhabitants so that the Ukrainian forces do not bomb them.”

Members of the Ukrainian Territorial Defence Forces examine new armament, including NLAW anti-tank systems and other portable anti-tank grenade launchers, in Kyiv on March 9, 2022, amid the ongoing Russia’s invasion of Ukraine. (Photo by GENYA SAVILOV / AFP)