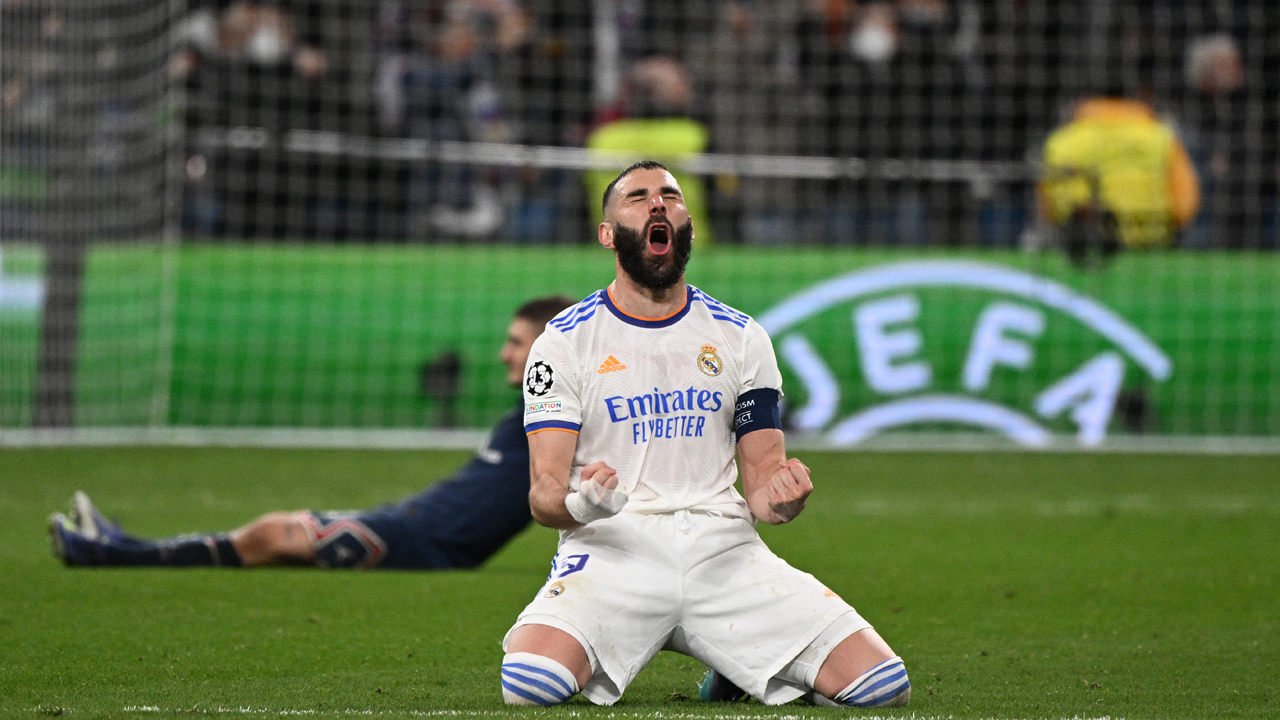 Real Madrid pulled off one of the great Champions League comebacks on Wednesday as Karim Benzema scored a breath-taking hat-trick to upstage Kylian Mbappe and dump Paris Saint-Germain out in the last 16.

Madrid was set to be the latest victims of another Mbappe masterclass at the Santiago Bernabeu after the 23-year-old ran them ragged for the best part of an hour and fired in to put PSG 1-0 up on the night, 2-0 ahead on aggregate.

But Madrid came storming back as Benzema capitalised on a mistake by PSG goalkeeper Gianluigi Donnarumma and then scored an incredible double in two minutes, the third coming just eight seconds after PSG had kicked off.

When the full-time whistle confirmed their 3-2 aggregate victory, many of Madrid’s players dropped to their knees and looked up to the sky, as much perhaps in disbelief as joy, after completing one of the most memorable turnarounds in the club’s recent history.