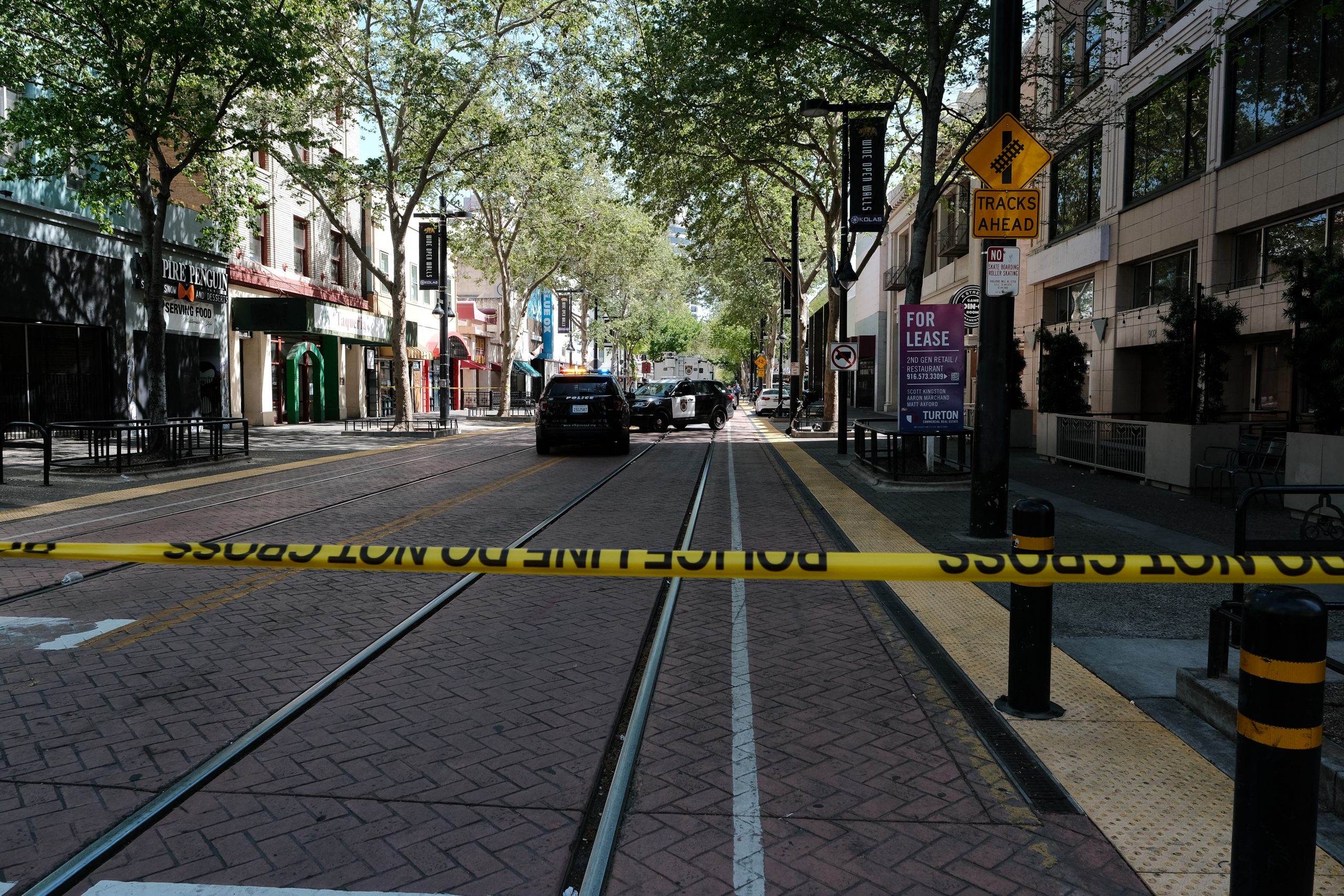 Police investigating an apparent gun battle in California that left six dead and 12 wounded re-opened the streets on Monday, as the United States grappled again with deadly violence.

No one has been arrested after the worst mass shooting in Sacramento’s history, which appeared to have erupted following a fight in the downtown area as nightclubs were emptying around 2:00 am Sunday.

Sacramento Police said multiple shooters were involved and a stolen handgun had been recovered.

SACRAMENTO, CALIFORNIA APRIL 03: Police work the scene on the corner of 9th and K street after a shooting that occurred in the early morning hours on April 3, 2022 in Sacramento, California. Six people were killed and at least 10 were injured in the mass shooting in downtown Sacramento with no suspects in custody. David Odisho/Getty Images/AFP (Photo by David Odisho / GETTY IMAGES NORTH AMERICA / Getty Images via AFP)