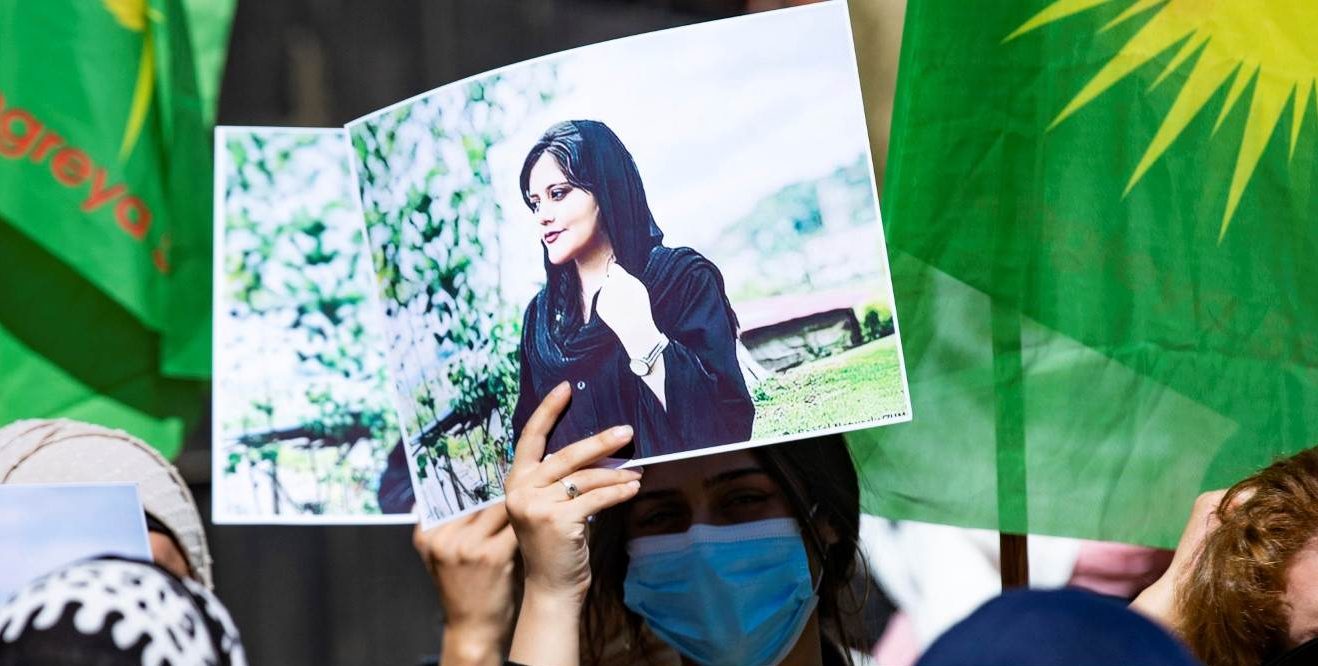 Iran’s judiciary chief vowed no leniency Sunday against the wave of unrest that has rocked the country since the death of young Kurdish woman Mahsa Amini in the custody of the morality police.

The warning by the head of the Judiciary, Gholamhossein Mohseni Ejei, came after nine nights of protests and street clashes and echoed earlier comments by ultra-conservative President Ebrahim Raisi.

At least 41 people have died so far, mostly protesters but including members of the Islamic republic’s security forces, according to an official toll, although human rights groups say the real figure is higher.

The judiciary chief “emphasised the need for decisive action without leniency” against the core instigators of the “riots”, the judiciary’s Mizan Online website said.

Syrian Kurdish women take part in a demonstration in Syria’s northeastern city of Hasakeh on September 25, 2022, to express their support for 22-year-old Mahsa Amini (portrait), who died while in the custody of…

Government is winning war against insecurity in Imo, says Uzodinma