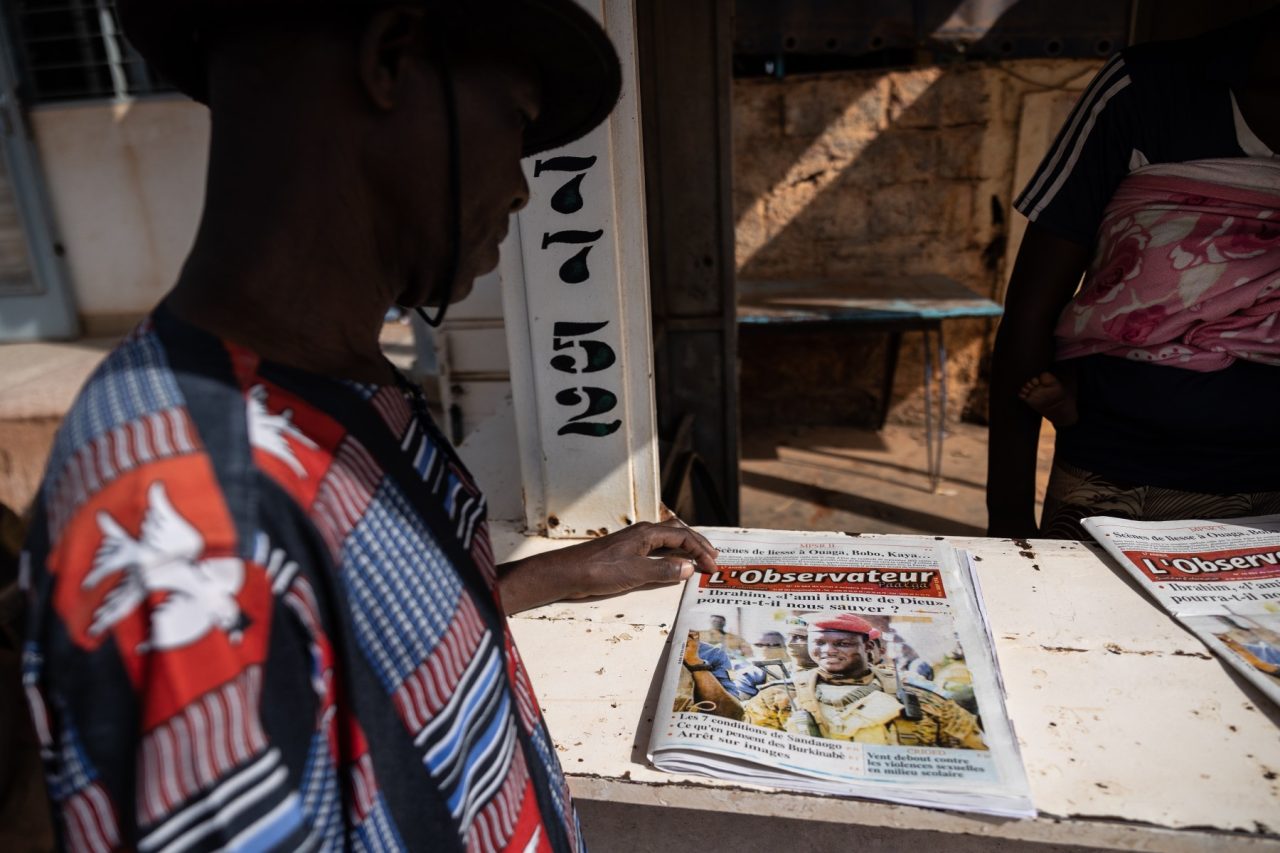 A man reads a newspaper featuring on the front page a picture of Capitain Ibrahim Traoré, the leader of the military junta, in Ouagadougou, on October 3, 2022. – Burkina Faso’s junta leader agreed to step down on Sunday, religious and community leaders said, two days after army officers announced his ouster in a coup that sparked internal unrest and international condemnation.Lieutenant-Colonel Paul-Henri Sandaogo Damiba “himself offered his resignation in order to avoid confrontations with serious human and material consequences”, the religious and community leaders said in a statement. (Photo by OLYMPIA DE MAISMONT / AFP)